The 2nd Battalion, 148th Infantry Regiment finally reached Taft Avenue and proceeded to attack the Japanese holed up in the Philippine University and Hospital Complex. The Japanese had fortified themselves inside the hospital and, against Geneva Convention rules, showed no reluctance to kill both patients and hospital staff at their whim. To bolster the defense, they employed numerous automatic weapons, light artillery guns, and mortars to cover all likely approaches. On 15 February, the troopers of the 5th Cavalry Regiment also reached the area and moved in to attack from the south across Herran Street. Bitter fighting ensued in every building of this large complex. The 148th was being slowed in their attacks because they still had forces engaged in clearing in the new Manila Police Station north of the complex. The Americans were also restricted by their attempts to get nearly 7,000 civilians out of the area to safety.
Attacker: American (2nd Battalion, 148th Infantry Regiment and 140th Field Artillery Battalion, 37th Infantry Division and 754th Medium Tank Battalion, with 5th Cavalry Regiment, 1st Cavalry Division, 637th Tank Destroyer Battalion and 44th Tank Battalion)
Defender: Japanese (Central Force Headquarters Battalion and 5th Naval Battalion) 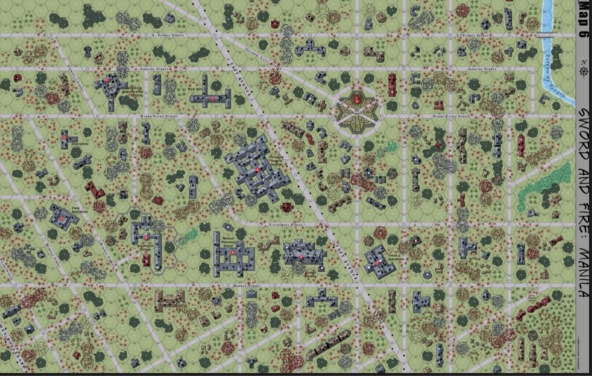