The 29th Infantry Division was a National Guard division filled out by draftees, mostly from Maryland and Virginia. Its three infantry regiments traced their roots back to before the American War of Independence and through the American Civil War, leading to the 29th being called the"Blue and Gray Division."

The 29th participated in the campaign in Northwest Europe from D-Day to VE-Day, and suffered over 20,000 battle casualties (the second-most of any U.S. division in the war) as it fought from Omaha Beach through the bocage to St. Lô and Vire, then taking Brest, onto the Siegfried Line, crossing the Roer, through the Ruhr, and to the Elbe—commanded the entire time by Major General Charles H. Gerhardt, one of the ETO’s more controversial generals.

This Action Pack showcases ten of the varied, intense actions that the 29th Infantry Division engaged in from D-Day to October 1944. The two boards (71, 72) and the included overlays should have lots of use for actions throughout Northwest Europe. 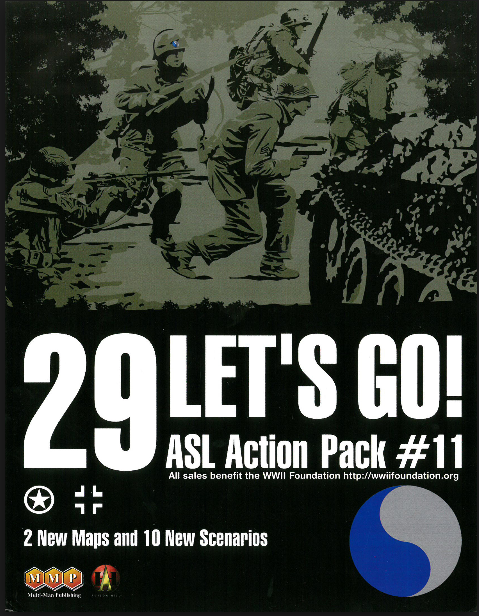