Blitzkrieg in the West - Northern Campaign

Published by: Lone Canuck Publishing. June 2016
(Log in to add this module to your collection
or to see your play details)

This six-scenario pack revolves around battles of Operation FALL FESTUNG NORD, the German invasion of Fortress Holland and is compatible with MMP's ASL System and modifiable to be used with other miniature Wargaming systems.

Blitzkrieg in the West - Northern Campaign scenarios can be played separately, or the six scenarios may be linked together to form a campaign game by playing each scenario in order. At the conclusion of each scenario, both sides total up their Victory Points (VP); and at the end of the last scenario these VP are totalled, and the side with most VP wins. The scenarios are designed with replayablility in mind. Each scenario features a base force and variable attachments to that force. Base forces and variable attachments are based on historical availability for that scenario. 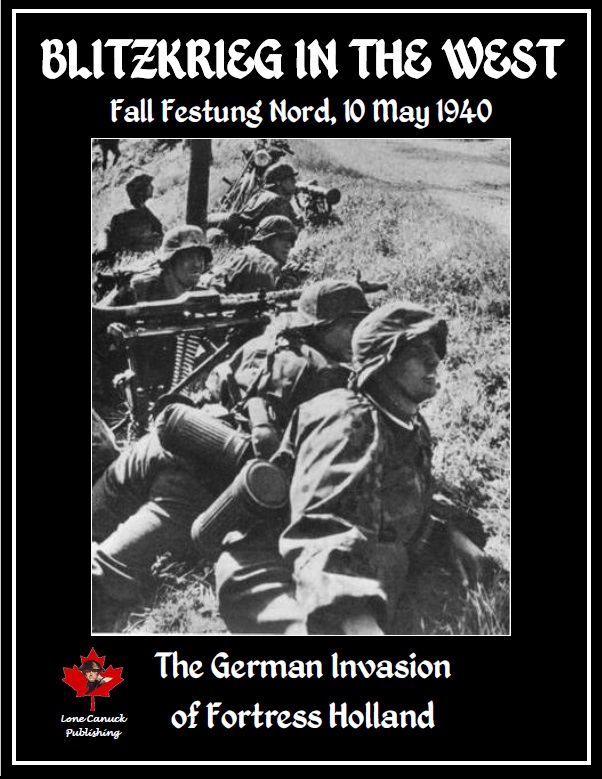