Blitzkrieg in the West - Central Campaign

Published by: Lone Canuck Publishing. July 2020
(Log in to add this module to your collection
or to see your play details)

This six-scenario pack revolves around battles of the German invasion of Fortress Holland and its Blitzkrieg into Belgium and is compatible with MMP's ASL™ System and modifiable to be used with other miniature Wargaming systems.

Blitzkrieg in the West - The Central Campaign scenarios can be played separately, or the six scenarios may be linked together to form a campaign game by playing each scenario in order. At the conclusion of each scenario, both sides total up their Victory Points (VP); and at the end of the last scenario these VP are totalled, and the side with most VP wins. 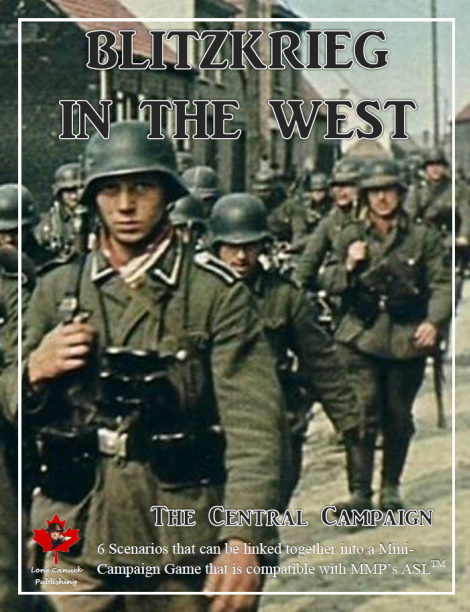