Although the island of Peleliu had been declared secure on September 30th, about a thousand Japanese remained in an area some 900 yards long by 400 yards wide. In some of the fiercest fighting of the entire Pacific campaign they had repelled in succession the 1st Marines, the 7th Marines, the 321st Infantry, and the 7th Marines again. The terrain in the pocket comprised jagged coral ridges and outcroppings, cut through by natural and man-made caves. Weeks of aerial and naval bombardment had stripped away most of the vegetation. What remained bore a resemblance to the surface of the moon. When the 7th Marines withdrew for the last time, the fresh 5th Marines were called upon to finish the job. . .
Attacker: American (USMC) (Company L, 5th Marine Regiment, 1st Marine Division / Company A, 710th Tank Battalion)
Defender: Japanese (1st Battlion, 2nd Infantry Regiment, 14th Infantry Division) 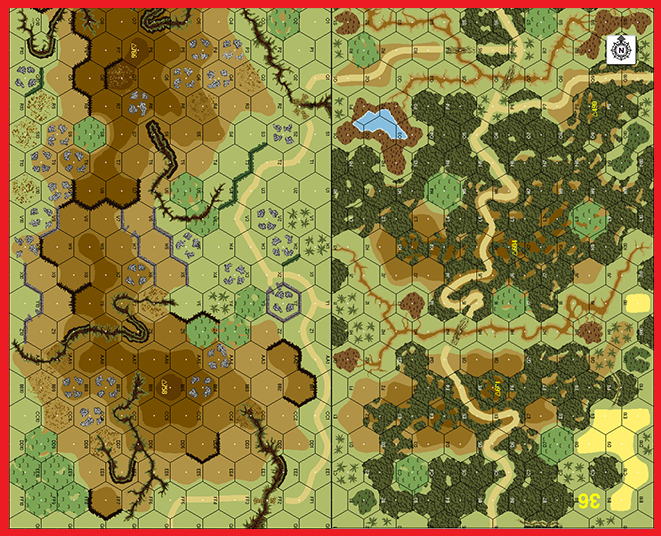 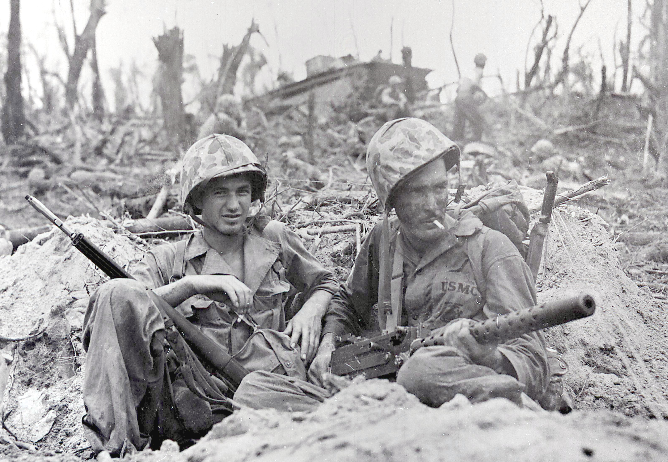 Marines taking a break on Peleliu