The Japanese under Colonel Kawaguchi were pressing hard to take the Lunga Ridge from Edson's Raiders. The Marines bent, but had not yet broken, and were making a last stand on the final defensive obstacle between the Japanese and Henderson Field. Outnumbered, the Raiders had but one advantage - artillery. As shell after shell slammed into the Japanese staging areas, they elect to attack and fight rather than die staging for an assault. With a fateful "BANZAI!" they charge up the hill one more time...
Attacker: Japanese (7th Company, II Battalion, 4th Regiment/5th Company, II Battalion, 4th Regiment)
Defender: American (USMC) (B Company, 1st Raider Battalion/C Company, 1st Raider Battalion and A Company, 1st Paramarine/Major Kenneth Baily and stragglers) 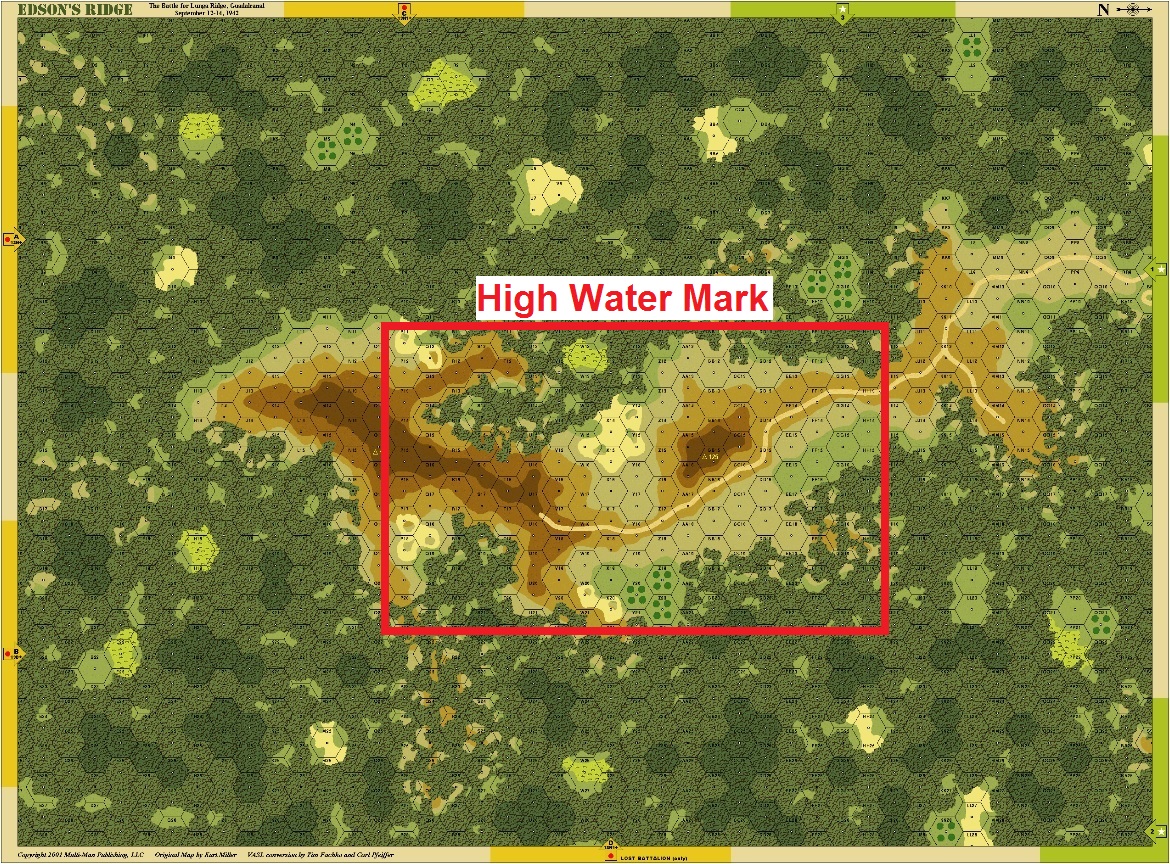