On the night of September 12th, leading elements of Major General Kiyotaki Kawaguchi's 35th Infantry Brigade attacked the positions of the Raiders to the west of Lunga Ridge, overrunning C Company's positions. By the morning the Raiders were forced back to the extent that their lines west of the hill were running north-south instead of east-west. Two companies of the Raider battalion were ordered to re-take the lost positions in a daylight attack. A company of Para-Marines, untouched in the previous night's fighting, were ordered to assist the Raiders.
Attacker: American (USMC) (A & D Companies, 1st Raider Battalion and A Company, 1st Paramarine Battalion)
Defender: Japanese (III Battalion, 124th Infantry Regiment) 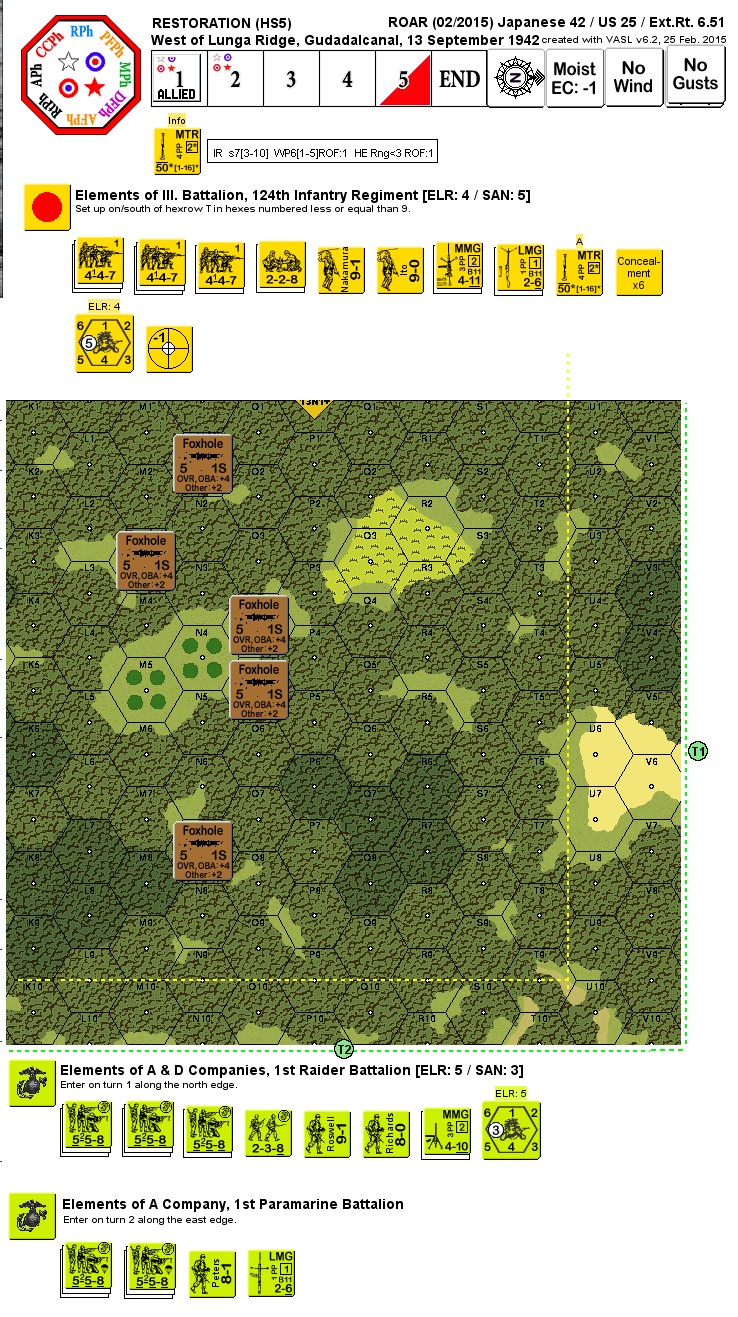