Actual events: The 3/37e BCC is blocked by a deep stream and moves more north to join the main road at Denée. But Denée is already hold by the 8. ID with the Artillerie Abteilung 8 (a dozen 10.5cm leFH guns), the 14th company of the Infanterie Regiment 84, AT guns from the Panzerjäger Abteilung 8 and the 8.8cm FlaK from the 1st company of the FlaK Lehr Regiment. The B1-bis tanks crush several 3.7cm PaK unable to stop them and continue to move on the road. They are then ambushed after the western exit of Denée by the 10.5cm leFH and the 8.8cm FlaK firing in AT role. The 2 last tanks, the "Guépratte" and the "Belfort II" are quickly burning. Only 7 tanks are remaining of the company. Speeding up, they manage to reach a safe area. But Captain Lehoux regroups his tanks and choose to launch an attack against the German position at Denée despite being isolated, without infantry, artillery or air support. The "Poitou" of the company commander is hit by several 10.5cm shells and burns with the crew inside the tank. Successively all the 7 B1-bis tanks are destroyed during their charge.
Attacker: French (3ème Companie, 37ème Bataillon de Chars de Combat, 1ère Division Cuirassee)
Defender: German (Bataillon 2, Infanterie Regiment 28, Infanterie Division 8/FlaK Kompanie 1, Regiment Lehr and Artillerie Regiment 8, Panzer Jäger Abteilung 8) 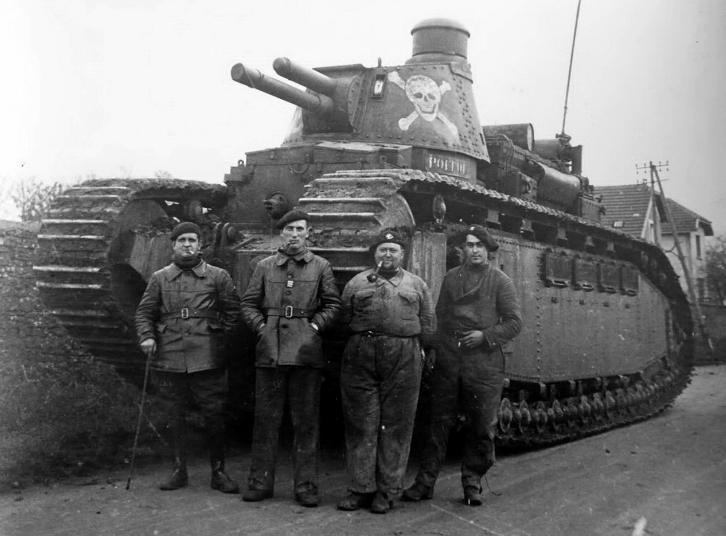