Despite an incredible number of command mistakes, a series of flanking attacks had put the Allies in position to cut off and destroy the isolated Germans who had captured Narvik. The defending German force was a mixed batch of excellent Gebirgsjager infantry and crews from the destroyer flotilla which had transported the mountain troops during the assault on Narvik. The Allies launched a coordinated attack from two sides: the Poles from the south, and a beach assault from the north by combined forces of the Norwegians and the French Foreign Legion. Just as the Legionnaires gained the first slopes of the Taraldsvikfjell, the Germans counterattacked, nearly driving a wedge between the French on the hill and the Norwegians who had just landed. Only naval gunfire from a British ship stationed in the fjord stopped the counterattack, driving the Germans back in confusion. The French regrouped and were quick to react.
Attacker: Norwegian / French (1er Batailon, 13ème Demi-Brigade de Legion Etrangre/2/15th Infantry Battalion)
Defender: German (Gebirgsjäger Regiment 139 and naval personnel of the Haussels Group) 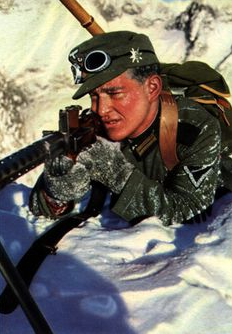 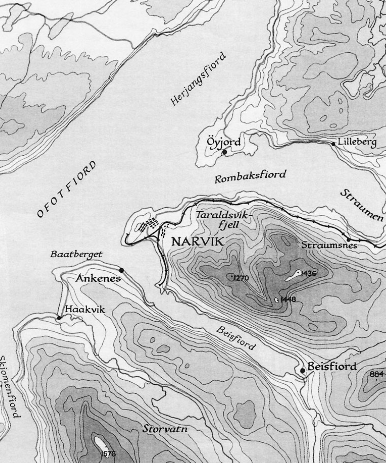