Fearing a counterattack, Lehr commander Bayerlein pulled back his tanks and let Volksgrenadier-Division 26 secure Mageret during the night of 18-19 December. Combat Command R, 9th Armored Division the next morning launched an attack to reopen the road to Longvilly. After the initial assault with 18 armored infantrymen and three tanks was deemed insufficient to hold any gains, Lt. Ed Hyduke commandeered nearly 200 men retreating down the road from Longvilly and ordered a follow-up attack from the west side of Mageret. A confusing action followed throughout most of the day that involved vehicles of all types coming and going through Mageret. The chaos was epitomized by a panzer, thought to be knocked out, that miraculously started up in the middle of a counterattack and re-joined the battle.
Attacker: American (Combat Command A, 10th Armored Division and Combat Command R, 9th Armored Division)
Defender: German (Volksgrenadier-Division 26) 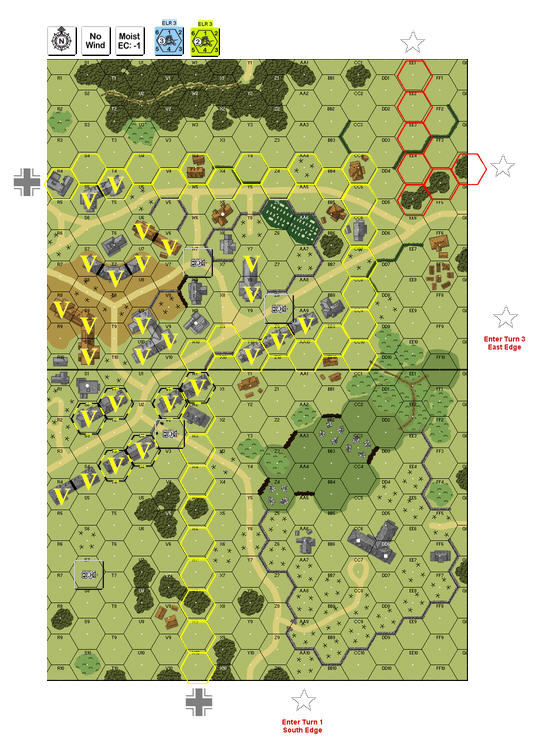 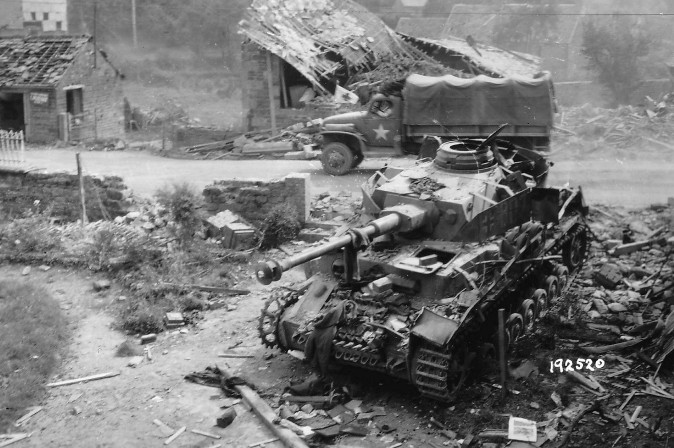