The last ferry-landing across the Volga was under German machinegun fire and the Russians were barely holding their positions in the rubble around Krasny Oktyabr and the Barrikady. Rather than waiting passively for the final blow, the Soviet “Army Military Council” ordered a counterattack on the exhausted enemy before they could muster their strength. The task of widening the Soviet “bridgehead” fell to elements of Lt. Colonel Vasili Sokolov’s 45th Rifle Division. After a 30 minute barrage, the assault troops were to press forward “boldly and rapidly”. On All Hallow’s Eve, Sokolov’s men – brick dust making them appear almost ghostly – scrambled forward, keeping close to the rolling barrage laid down by the big guns across the river. . .
Attacker: Russian (253rd Rifle Regiment, 45th Rifle Division)
Defender: German (Panzergrenadier Regiment 103, Panzer Division 14) 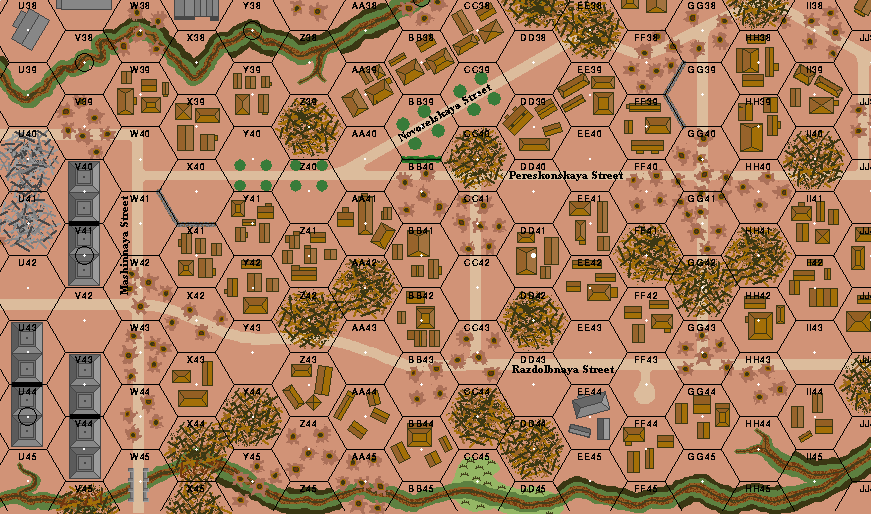 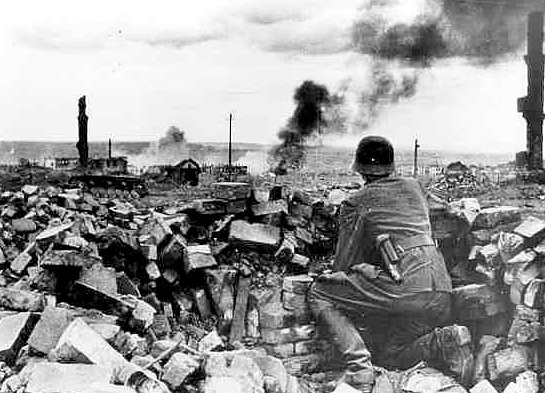