The anchor of the Hyeres defense was the Golf Hotel. It controlled the eastern approaches and interdicted all vehicular traffic along National Highway 98 and across the Gapeau river. Interrogated German prisoners revealed that the local commander, Lieutenant Saurse, had been ordered to fight to the last man. So far, his defense had easily rebuffed a few small scale attacks by the 24th March Battalion. A few vehicles had broken through the perimeter and into Hyeres but had been unable to inflict any significant damage. At 1500 hours, however, new orders arrived at battalion headquarters directing an assault on the Golf Hotel. The men of the 24th March would attack with only submachine guns, rifles, sidearms, and as many hand grenades as could be carried. A group of engineers would reinforce the attack after the first wave had pressed into the perimeter. As the engineers formed up behind the line of departure, the first shells of the preparatory barrage began to fall.
Attacker: Free French (1ère and 3ème Compagnie, Bataillon d'Infanterie de Marine et du Pacifique / Heavy Weapons Company / Génie Divisionnaire, 3ème Compagnie / 8ème Régiment de Chasseurs d'Afrique / 4ème Escadron de reconnaisance 1er Regiment de Fusiliers Marin)
Defender: German (Kompanie 3, Bataillon 4, Grenadierregiment 917, Infanteriedivision 2) 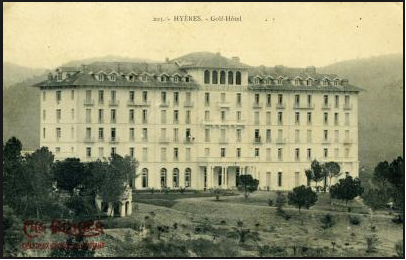