On the Omaha beachhead, as more and more troops and material came ashore, those remaining alive from the first wave were forcing their way inland bit by bit. In the sector of the First Infantry Division – the “Big Red One” – the day’s objective was the village of Colleville. Lack of radio communications and smoke from day-long artillery exchanges prevented the Navy from providing expected fire support, but with German fire coming from the area, the order to attack was given. Colleville had to be taken, and without further delay. . .
Attacker: American (Company G, 16th RCT, 1st Infantry Division)
Defender: German (726th Regiment, 352nd Infantry Division) 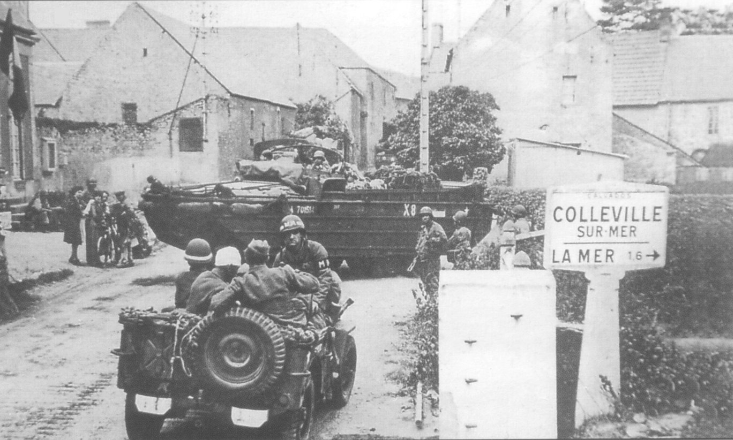