On the evening of December 5th, C Company of the 37th tank Battalion approached the village of Singling and was struck by a fusillade of fire from tanks and anti-tank guns hidden in the town. Within a few minutes, five Shermans were knocked out and nine more were crippled by artillery fire after bogging down in the soft ground. On the morning of the 6th, B Company of the 37th and B Company of the 51st Armored Infantry Battalion charged towards Singling across the same sodden ground as the ill-fated C Company.
Attacker: American (Company B, 51st Armored Infantry Battalion and Company B, 37th Tank Battalion)
Defender: German (Battalion 1, Panzergrenadier Regiment 111, Panzer Division 11) 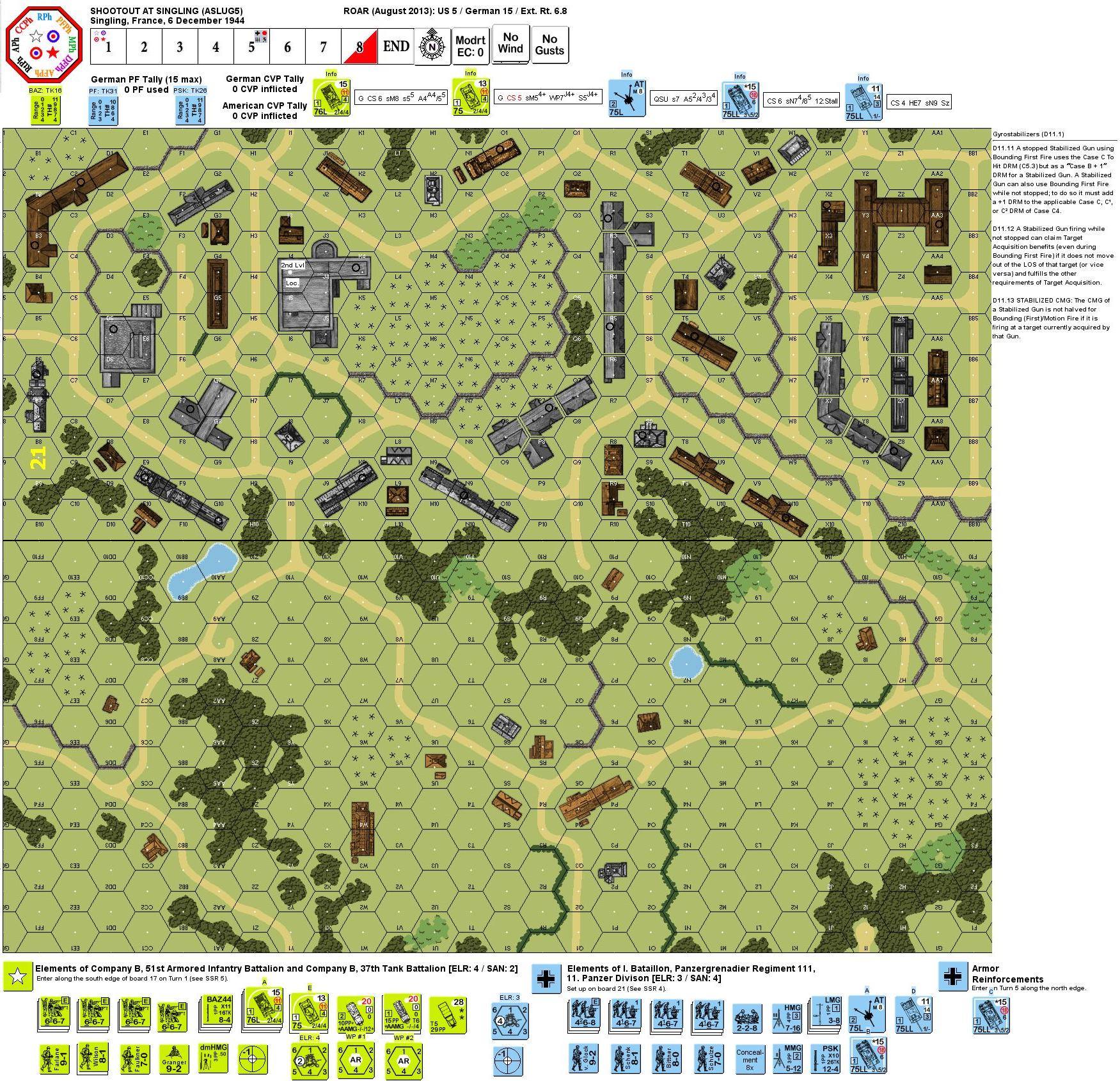 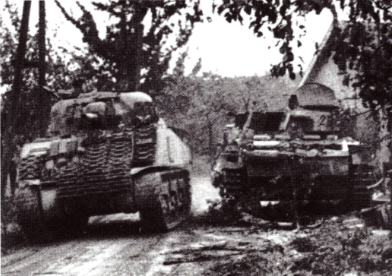