Operation Compass, the codename for Wavell’s offensive against Italian-held Libya, was kicked off with several assaults on Italian frontier camps. These fortified camps were built to cover the approaches to the coastal road which the British advance would need. On the night of 7-8 December, under the veil of strict secrecy and low cloud cover, the British were able to gain their way into assault positions without being detected by the Italians. At 0500 on the 9th, a detached battalion of the 4th Indian Division fired on Camp Nibeiwa’s eastern perimeter in order to confuse the defenders as to the direction of the attack. At 0715 hours, British divisional artillery shelled Nibeiwa in a brief but intense bombardment.
Attacker: Commonwealth (1/6th Rajputana Rifles and 2nd Cameron Highlanders, 4th Indian Division with 7th Royal Tank Regiment)
Defender: Italian (Grupo Maletti with Artillery and Armor Support) 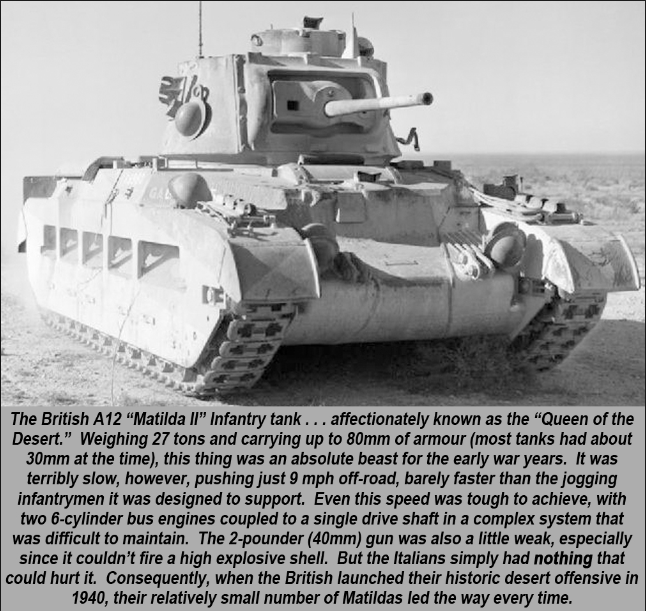