Late in the day, 1st Battalion was dispatched across the 'secret ford' through the marshes to bolster Colonel Timmes' 2/507th in their orchard stronghold. Moving past that position, the battalion split into companies to implement an ambitious plan that proved overly complex for the circumstances. Cohesion lost, Charley Company attempted to regain contact with Baker Company on their left. They lost their way and stumbled upon a German artillery park. After a confused firefight, Charley Company was driven back by flanking fire, helped on their way by a German armored car appearing to their rear.
Attacker: American (Elements of Charley Company, 1/325th Glider Infantry Regiment)
Defender: German (Elements of the 1057th Grenadier Regt) 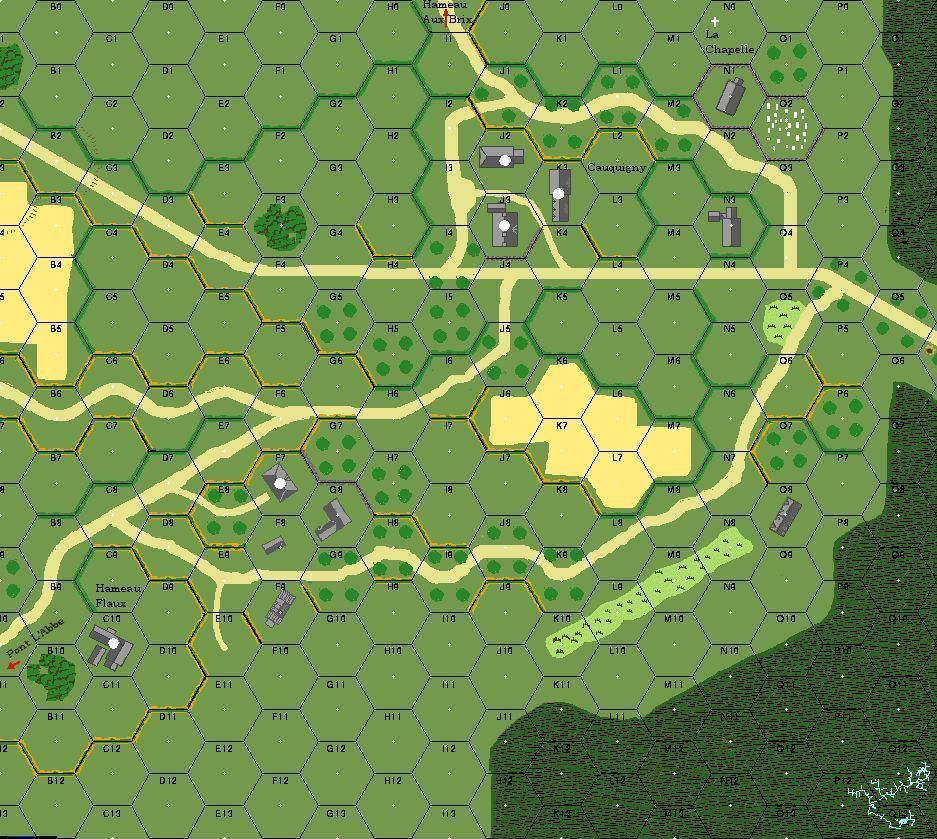