Having advanced through the darkness the previous evening, many of Major Murray's Royal Engineers were sent to the Van Limburg Stirum School in the shadow of the north ramp of the bridge. There they spread out to defend the school and the adjacent buildings. Murray's men were reinforced during the night by elements of 3rd Battalion, part of "C" Company under Major "Pongo" Lewis. After a whirl of minor nighttime firefights, the British fell back to consolidate in and around the school, while Cpt. Briggs led a mixed bag of signalmen, ordnance specialists and engineers in the houses across the street. The paras filled bathtubs with water, broke out windows and stacked furniture for cover. In the morning, first the 9th SS Armoured Recon stormed across the bridge from the south end, then elements of the 10th recon launched a major attack on the east flank of the perimeter.
Attacker: German (SS) (SS-Kampfgruppe Brinkmann)
Defender: British (1st Para Squadron, R.E., RAOC, Brigade HQ Defence Platoon and 3rd Battalion) 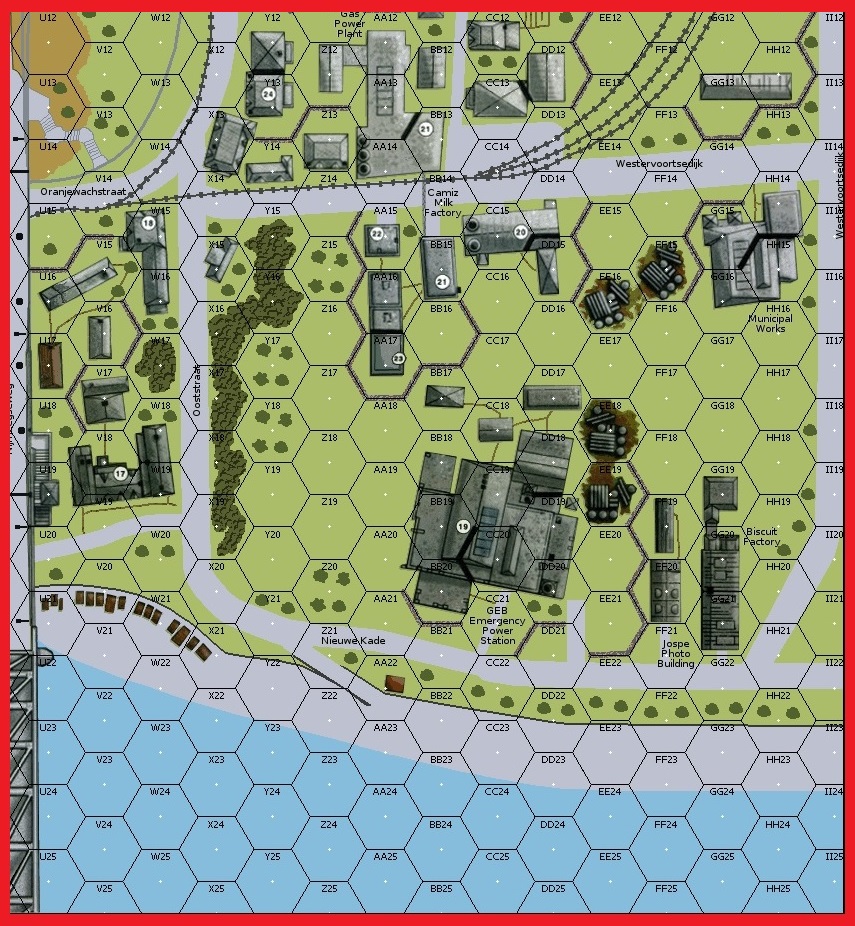