By the morning of the 19th, the last local attempts to reinforce Frost's perimeter had failed. His only hope lay on holding until XXX Corps' arrival. But Arnhem was alive with German troop movement as they prepared for a major assault against the tiny British perimeter. After a morning punctured only by the usual mortaring, infiltration and sniping, and even a German call for surrender, the Germans began to again attack in earnest. The British repulsed every assault, leaving the streets and buildings littered with gray-clad bodies. Punctuated by the roar of explosives and the hoarse shouts of 2 Para's war cry "Whoa Mohammed!", the battle raged on.
Attacker: German (SS) (SS-Kampfgruppen Brinkmann and Knaust)
Defender: British (2nd Battalion, the Parachute Regiment) 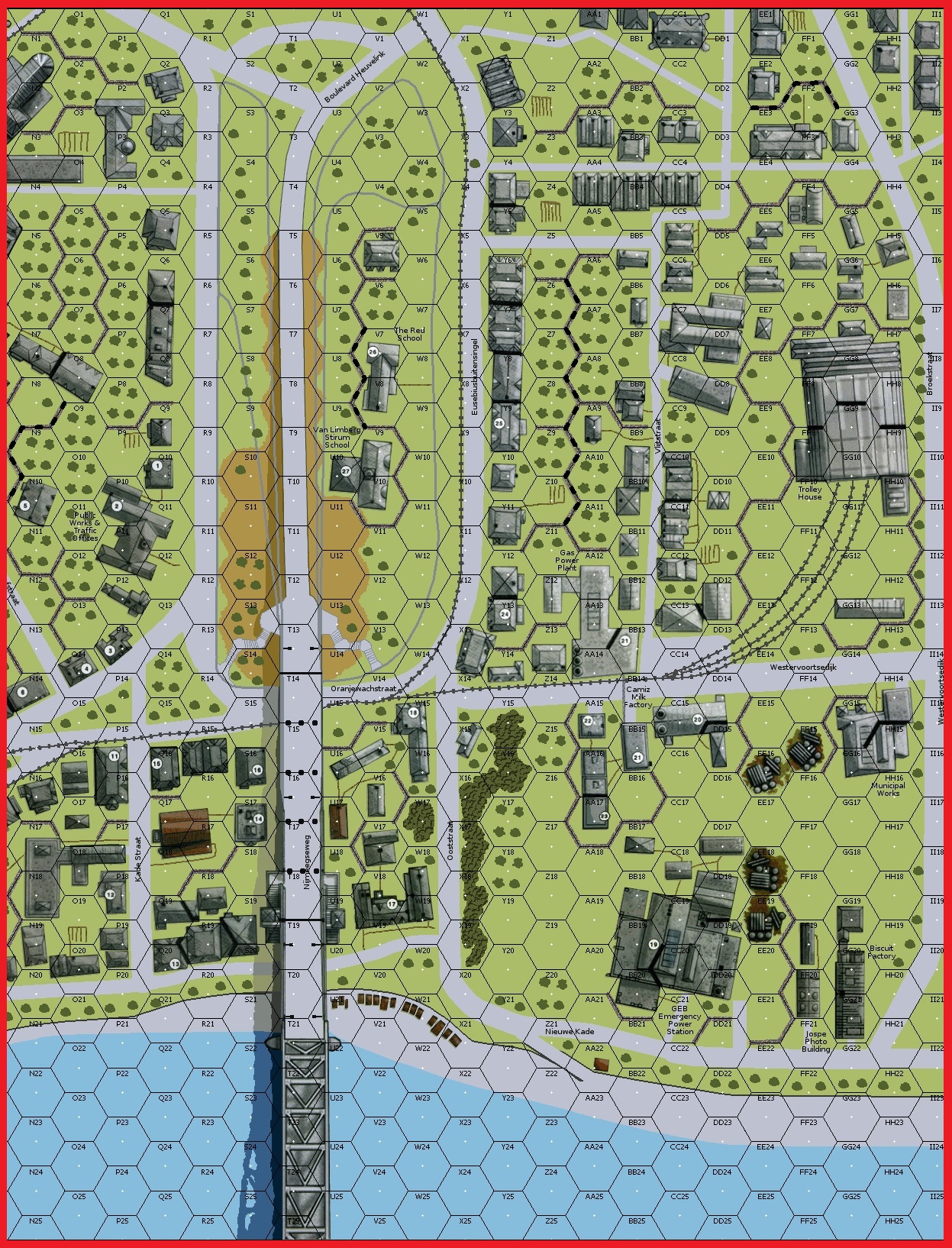