The 184th Infantry regiment was brought to a standstill by heavy and accurate fire from a height dubbed “the Pinnacle”. The Japanese had selected the site as a key outpost position because it dominated the adjoining ground. Eliminating the Japanese position was to be the main task of the 7th Division on April 6th, leading to a frontal assault following a 10-minute artillery preparation. The first two attacks were unsuccessful. On the third attack, Company C was to push up a draw beyond the ridge occupied by Company B. The trap was sprung. . .
Attacker: American (Company B, 1st Battalion, 184th Infantry Regiment)
Defender: Japanese (1st Company, 14th Independent Infantry Battalion) 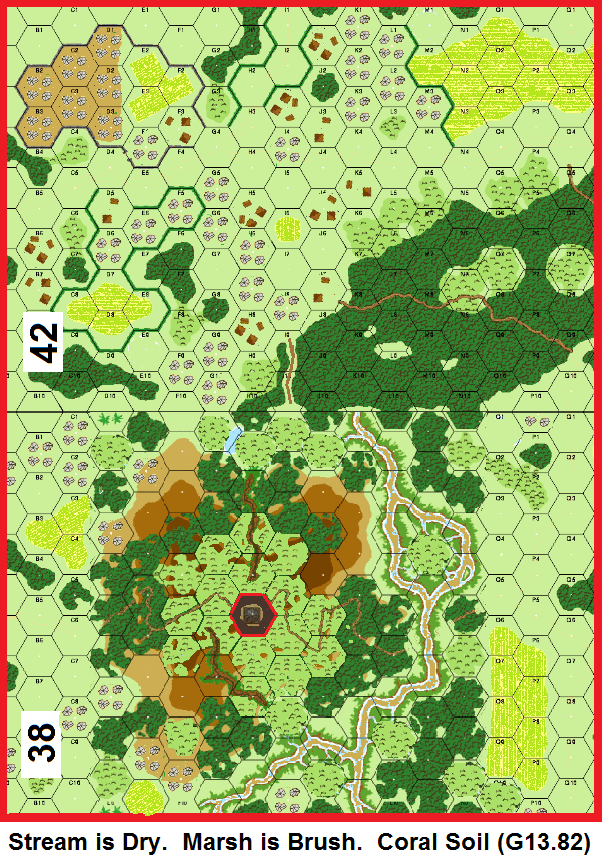 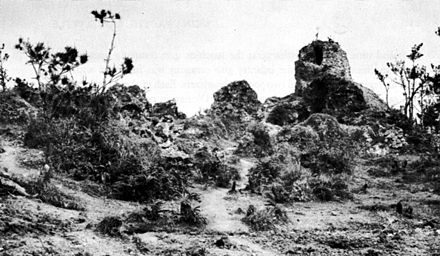 The Pinnacle. Its western approaches, over which Company C moved to capture it.