After a long 22-hour ride in open-topped trucks, the men of the 517th PIR arrived near Soy. Orders were immediately made for an attack towards Hotton, to jump off within the hour and to pass through the Quatre-Bras crossroads. The weary paratroopers started their march in darkness at 1750 hours. Walking through frozen open fields, Combat Teams 'A' and 'B' were greeted by what appeared to be the fire of six guns and six machine-gun nests as they began to descend to the crossroads. Combat Team 'B', to the left, was to neutralize the machine-gun nest blocking the way towards Melines. It was then to seize the nearby crossroads. Bypassing or capturing a few sentries, the soldiers infiltrating from the west soon arrived at the outskirts of a copse, near the Lisbelle stream. Sounds of tank engines warming-up were soon heard, emanating from the pastures to their front.
Attacker: American (Company A, 517th Parachute Infantry Battalion)
Defender: German (116th Panzer Division) 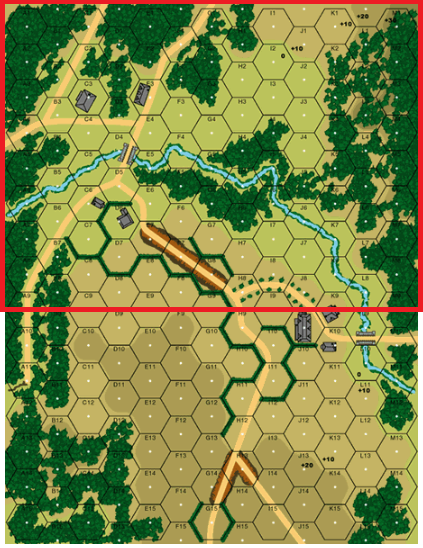