When the 3rd Royal Tank Regiment arrive in Calais on the afternoon of the 22nd to reinforce the garrison, the tanks had to be unloaded by their crews using only the ship's crane, because dockside power was cut and the dock workers had fled from the bombing. Next morning, the 3rd RTR commander, Lt. Colonel Keller, was ordered to take all functioning tanks southward and break through to St. Omer, despite having no information on the location or strength of the enemy. A little after midday and a few kilometers south of Calais, the leading British tank crews saw a column of vehicles parked under trees. It was assumed they must be friendly, and swirling rain and mist made identification difficult. The troops of Kampfgruppe Kruger thought the same, and only when the first 3rd RTR light tanks was 20 meters away did recognition belatedly occur. . .
Attacker: British (3rd Royal Tank Regiment)
Defender: German (Kampfgruppe Kruger, 10th Panzer Division) 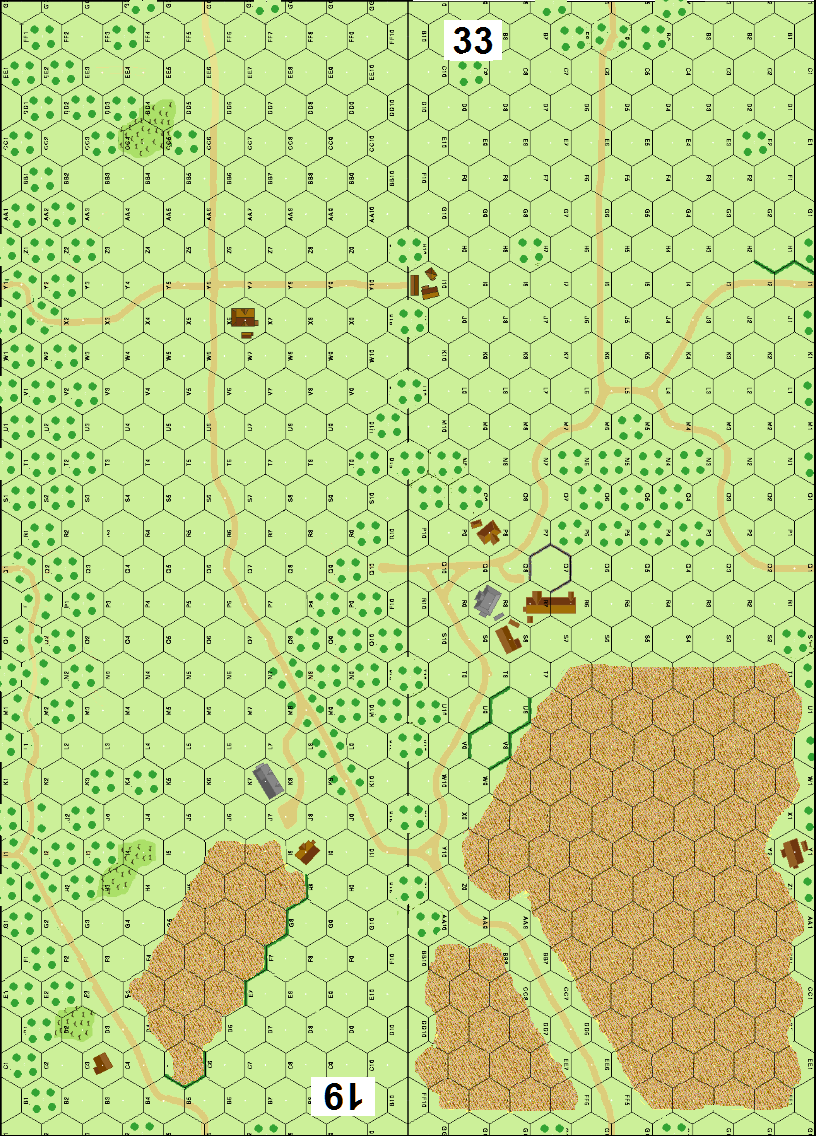