After just one in the morning on November 2nd, the Kiwis of the 2nd New Zealand Division spearheaded Operation Supercharge, a drive to break through Rommel’s defensive line along the Rahman Track. The Kiwis moved into the minefields behind an enormous coordinated barrage, then settled in to watch the 9th Armored Brigade smash an opening for the units to follow. The operation was going as planned, but behind schedule. The brigade charged forward in the gloom, their new heavy American tanks crushing dozens of guns and their crews while suffering serious losses as the gun crews fought it out muzzle to muzzle with the tanks before being overrun. Pushing on, Major Dawes’ C Squadron of the 10th Hussars dashed right across the track, heading for the crucial Aqqaqir Ridge beyond. The first hints of morning began to lighten the sky at the tankers’ backs. In seconds the battlefield was transformed as Rommel’s “PaK Front” including the dreaded “88’s” fired at the tall, silhouetted targets of the British tanks from positions on the ridge. . .
Attacker: British (C Squadron, 10th Hussars, 9th Armoured Brigade)
Defender: German (Elements of the 33rd AT Battalion and 21st Panzer Regiment) 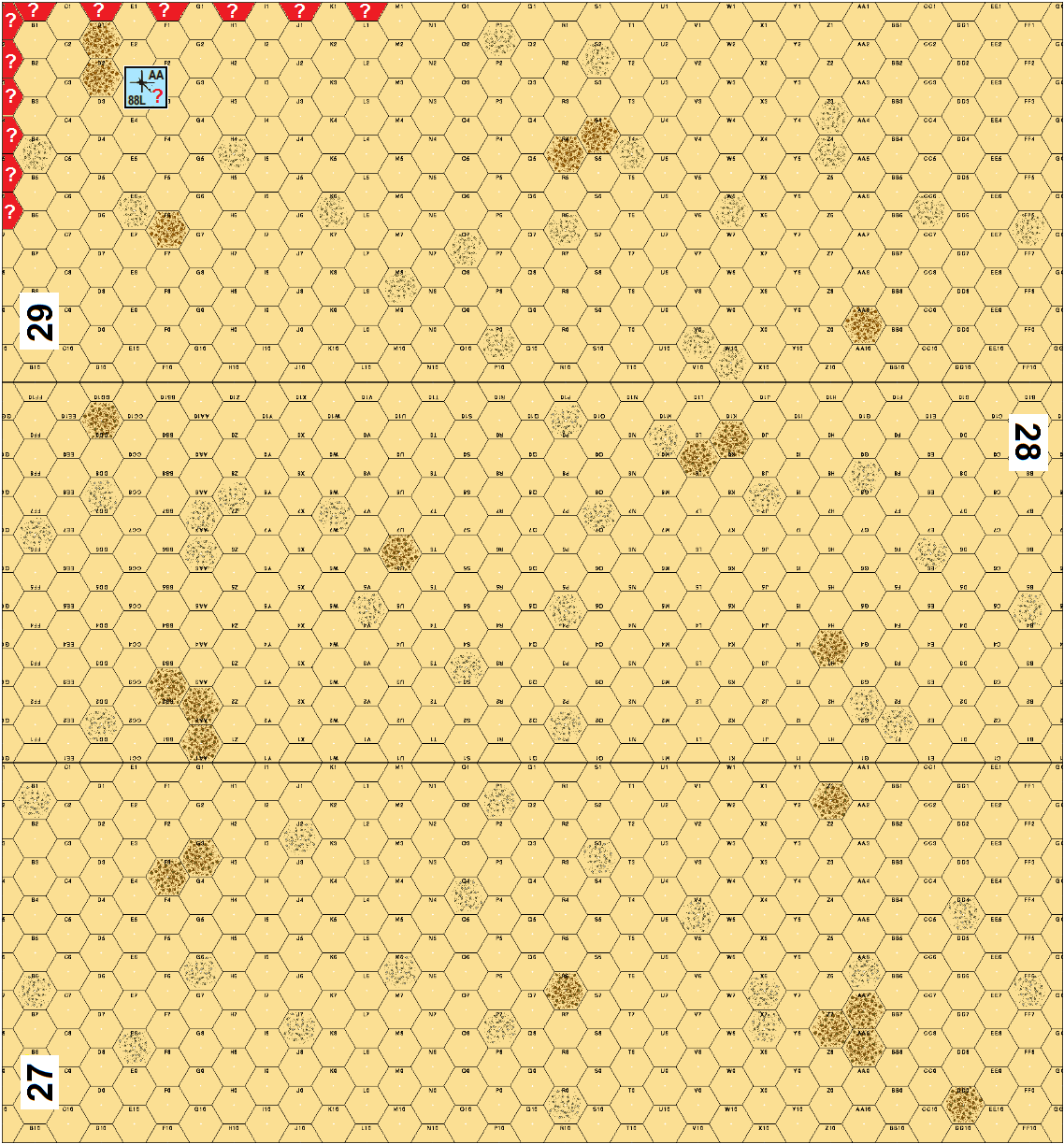 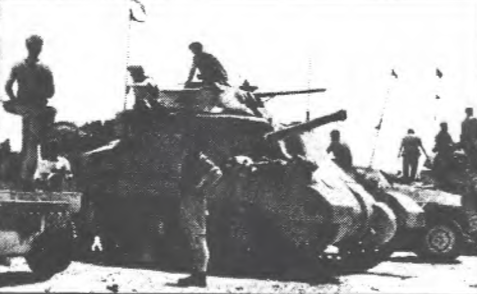