Rommel was moving the Afrika Corps in fits and starts, dashing about the desert unpredictably. General Norrie studied the movements, added up the tanks available to each side, then decided to commit the bulk of available British armor for a climactic battle. But too slowly. At the crucial moment before the actual attack on the German armor, there was an argument between the 2nd the 4th Armoured Brigades about the command arrangements, which included temporarily transferring one brigade to another division. General Messervy set out to confer with Norrie about the problem. Messervy was cut off by a German reconnaissance patrol and almost captured. Meanwhile, the 4th Armoured sat atop the Naduret el Ghescausac, a small hill they were familiar with from previous engagements. As Messervy hid in a dry well, the 22nd paused a short but significant distance away from the 4th, awaiting orders. Rommel’s intercept service reported the confusion to him promptly, and he moved to take advantage of the situation by coordinating his two panzer divisions in a deadly pincer attack.
Attacker: German (Elements of Panzer Regiments 5 and 8)
Defender: British (Elements of 4th and 22nd Armoured Brigades) 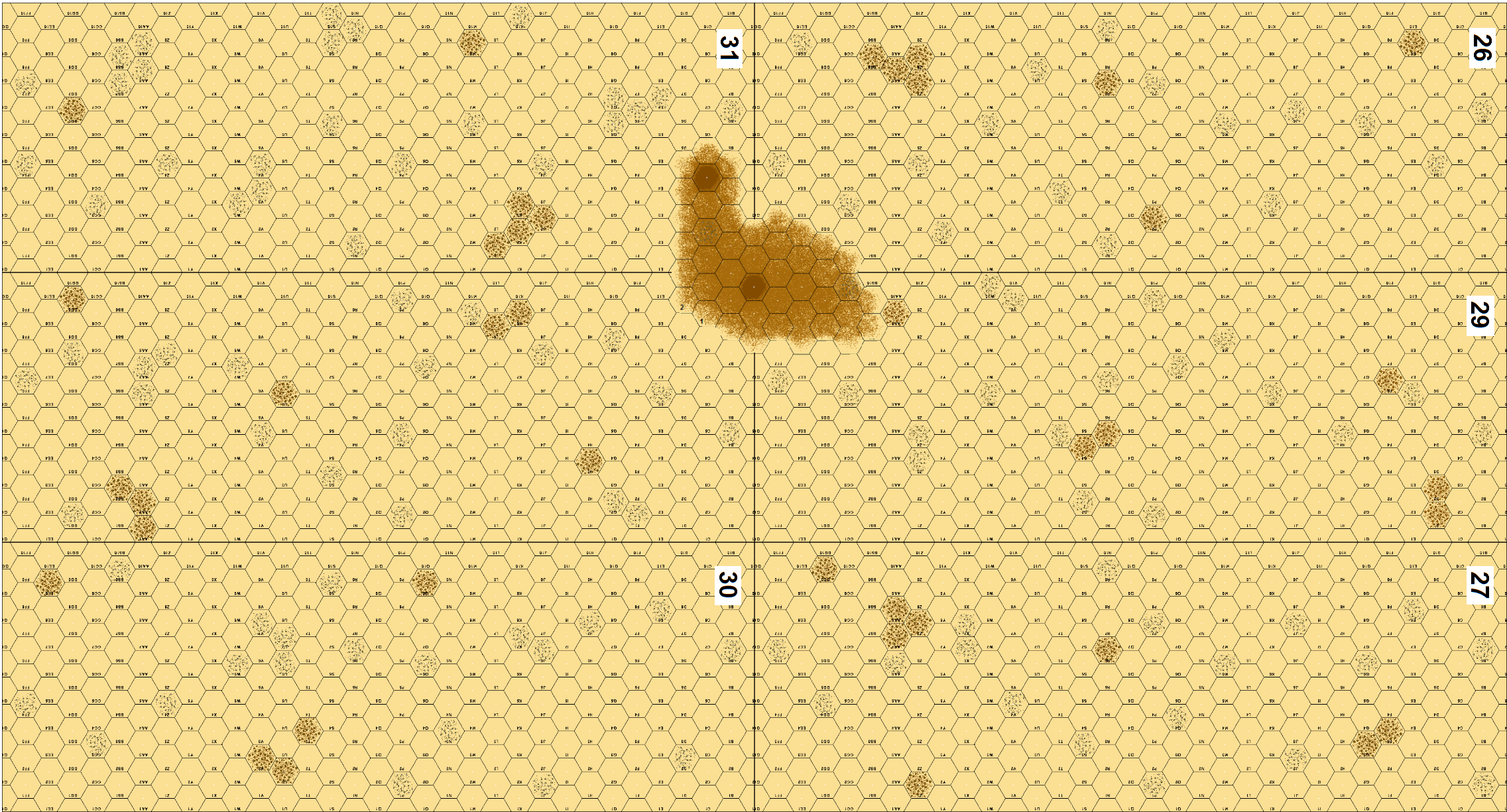