The first attack of the day came around 07:00 hours and was beaten off by 09:50. By this time, hull-down tanks had picked off most of the anti-tank guns on the battalion front; both the battalion's own six pounders and the seventeen pounders of the attached anti-tank battery. The German bombardment returned, with a level of ferocity the KOSB were never again in the war to experience. But Caption Dudley Shaw, a FOO of 178 Battery, R.A., had an answer. From his precarious post on the rafters of the chateau, he summoned his battery, calling in Defensive Fire Mission 109. As six Panzers approached the KOSB forward company, and more lurked in nearby woods, Captain Shaw called on his regiment to āGive us all you've got.ā
Attacker: German (SS) (Pz.Gr.Regt.20 supported by II Abt. Pz.Rgt.9 of 9th SS Panzer Division "Hohenstaufen")
Defender: British (6th (Borders) Battalion, The King's Own Scottish Borders with 97th AT Regt. and 178 Battery of R.A.) 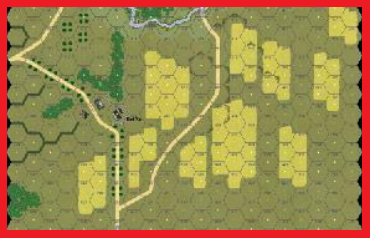