French infantry pulled back a bit, while French tanks patrolled the outskirts of the village to prevent German infantry infiltration. Just before nightfall on may 15, the B1-bis pulled back toward Grandes Armoises to rearm and refuel. The Germans noted the withdrawal of the heavy tanks and German infantry immediately pushed on alone from the wooded slope, into the burning village.
Attacker: German (Elements of Infantry Regiment Grossdeutschland)
Defender: French (Elements of the 67th Regiment, 3rd DIM) 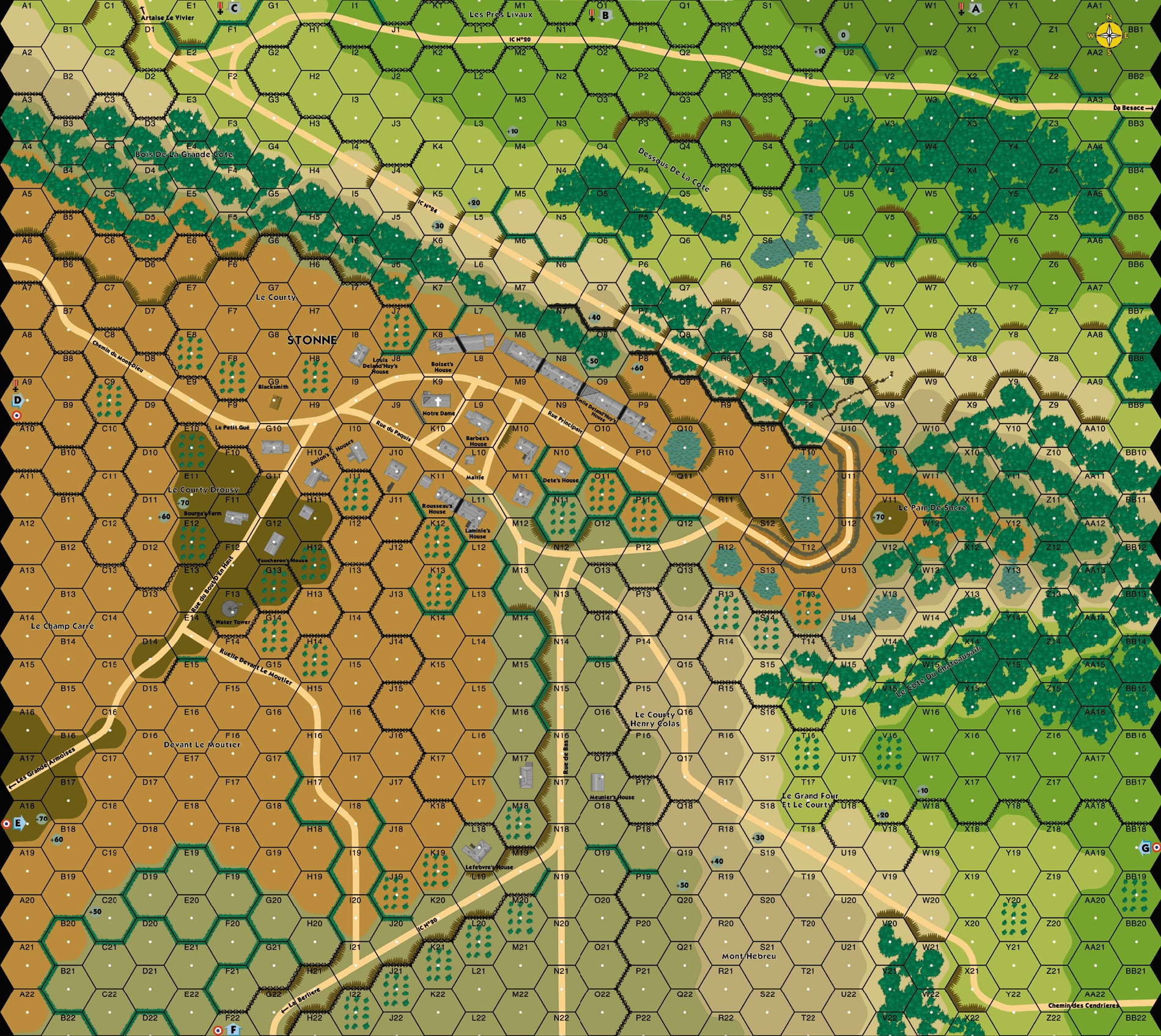