During the late afternoon of 17 May, the men of the 64th Regiment and the Pionier Battalion had the word passed down the line that another attack in force was planned. Support would be lavishly available in the form of artillery and planned air strikes. Forming up south of the village, a mixed battle group of elements of both German units launched another attack on Stonne. Intense fire broke over the men of the defending 3rd Battalion, 51st Regiment. Nervous German prisoners huddle among their captors near the village church as 'friendly' fire fell in their midst.
Attacker: German (Elements of the 64th Regiment and Pionier Battalion 64, 16th Infantry Division)
Defender: French (Remnants of III/51 Infantry Regiment) 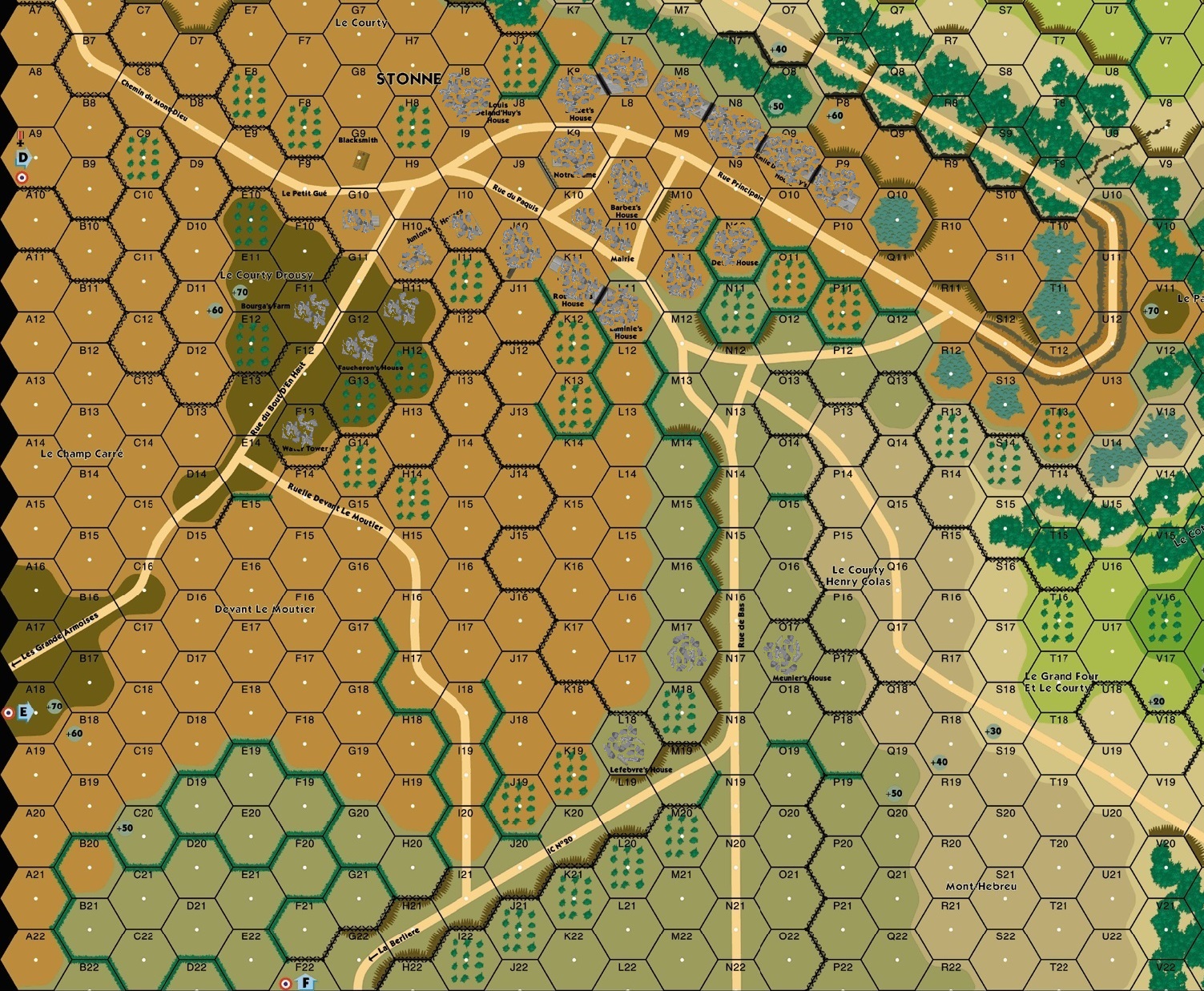