The 28th of November dawned as the fighting at Gona entered its final stages. The Japanese defenders were steadily pushed back, causing high casualties among the attackers all the while. Japanese 18th Army, stationed at Rabaul, ordered reinforcements to be dispatched immediately to the Gona-Buna front. The 170th Infantry Regiment was selected for the task. The first echelon landed off of destroyers at the mouth of the Kumusi River, about 10 miles north-west of Gona, and were transhipped into three large landing barges to make the final leg of their journey. Approximatly 200 soldiers of the 3rd Battalion, 170th Infantry, attempted a landing about 600 yards east of the Gona Mission at 0200 hours on the night of December 2. Australian beach patrols soon raised the alert while the enemy was still several hundred yards offshort. The men of the Australian 2/27th Infantry quickly prepared to defend their positions as the still unsuspecting enemy closed with the shoreline.
Attacker: Japanese (3rd Battalion, 170th Infantry Regiment, 18th Army)
Defender: Australian (2/27th Infantry Battalion, 21st Brigade) 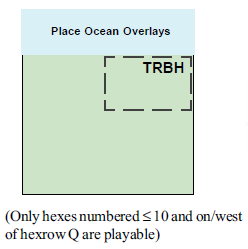