The Marines of Colonel Kenyon's 9th Marine Regiment had a tough day during their first day on the line, 26 February. They had made two determined assaults on Hill Peter, to no avail. After reorganizing during the night, the 9th Marines were ready for another push to the top of the hill. At 1250 hours, their break came. Following a 10 minute preparation by division and corps artillery, both battalions struck out in a coordinated attack. With the 1st Battalion on the right and the 2nd on the left, the Marines began their move up the slopes of Hill Peter. The 1st Battalion overran Hill Peter and continued on down the reverse slope and up the crest of Hill Oboe to the northwest. The 1st Battalion's "A" Company did not enjoy the same momentum. It was topped by a small AA detachment with supporting fire from emplaced MGs in a small draw on their right flank. "A" Company rapidly deployed to meet this threat.
Attacker: American (USMC) ("A" Company, 1st Battalion, 9th Marine Regiment)
Defender: Japanese (Elements of the 21st Special Machine Cannon Unit with Naval Guard Force) 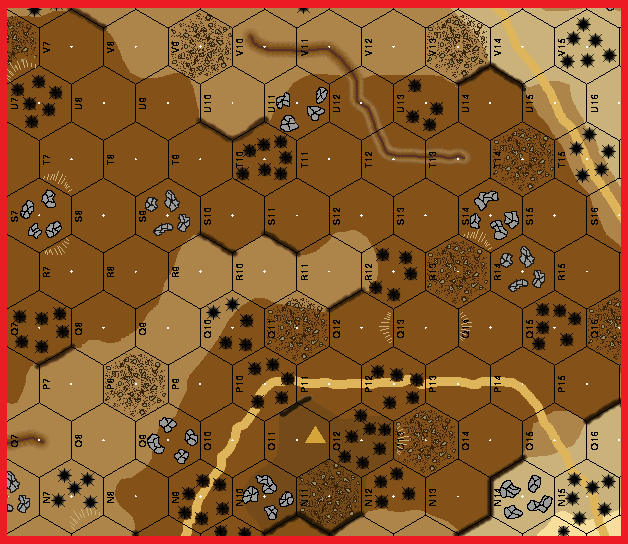 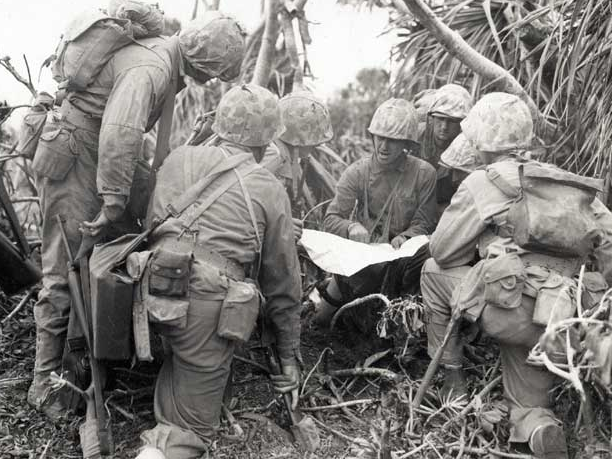