Through two hellish days of fighting, the 3rd and 4th Marine Divisions had secured a base of operations for their assault on the foreboding heights of Hill 383. This position dominated almost all operations on the island. The Japanese chosen this spot carefully and the surrounding area had been the focal point of Japanese fortification. The morning of the 28th was to be that day that, according to Marine planners, Hill 382 was to fall. It was not to be. 119 were buried in the burgeoning Marine graveyard at the base of Mt. Suribachi. As the Marines returned to a line near to the day's start point, the Japanese still dominated the second airstrip from the heights of Hill 382.
Attacker: American (USMC) (Elements of the 3rd and 4th Marine Divisions)
Defender: Japanese (Mixed elements of the Iwo Jima Garrison) 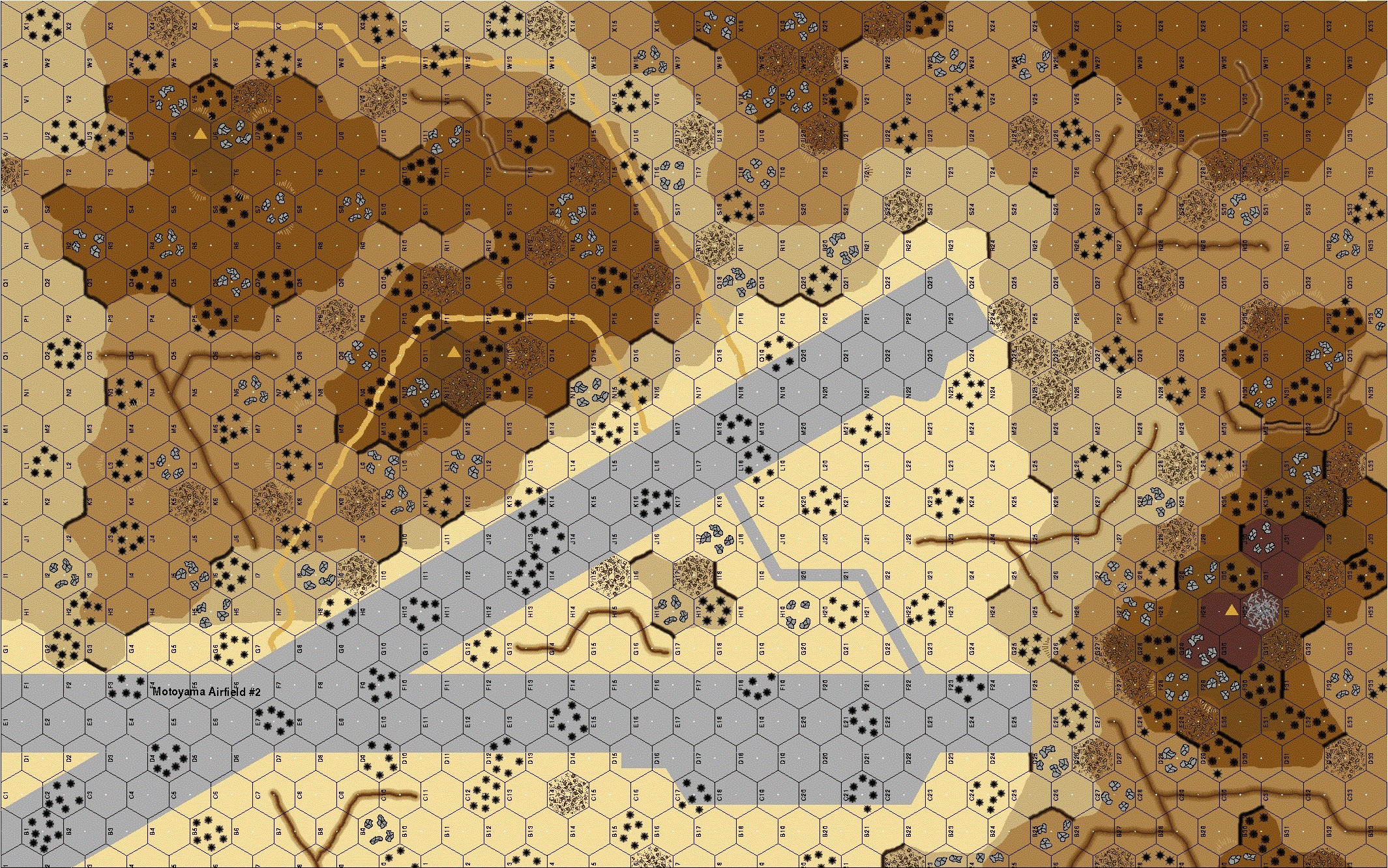 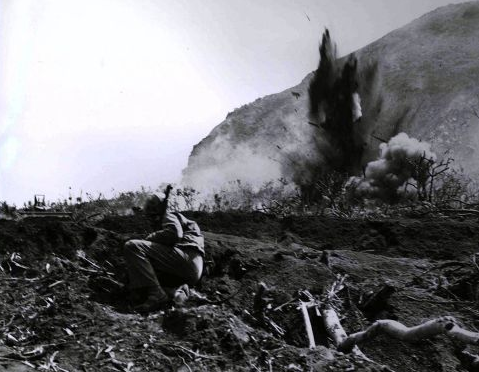