The 1st Battalion, 28th Marine Regiment's mission was to slash across the small waist of the island of Iwo Jima, cutting off Mt. Suribachi to the south. The Marines had been surprised by the light resistance met on the beaches. The battalion pushed elements of 3 companies across to the far shore but had bypassed many enemy positions. The area was far from secure. This mopping up operation was loosely organized as all the battalion's elements had been dispersed in the dash across the ashen terrain between the coasts. Small groups of Marines would stumble on an incredibly well camouflaged enemy positions and silence it.
Attacker: Japanese (Elements of 2nd Battalion, 312th Infantry Regiment)
Defender: American (USMC) (Elements of "A", "B", and "C" Companies, 1st Battalion, 28th Marine Regiment) 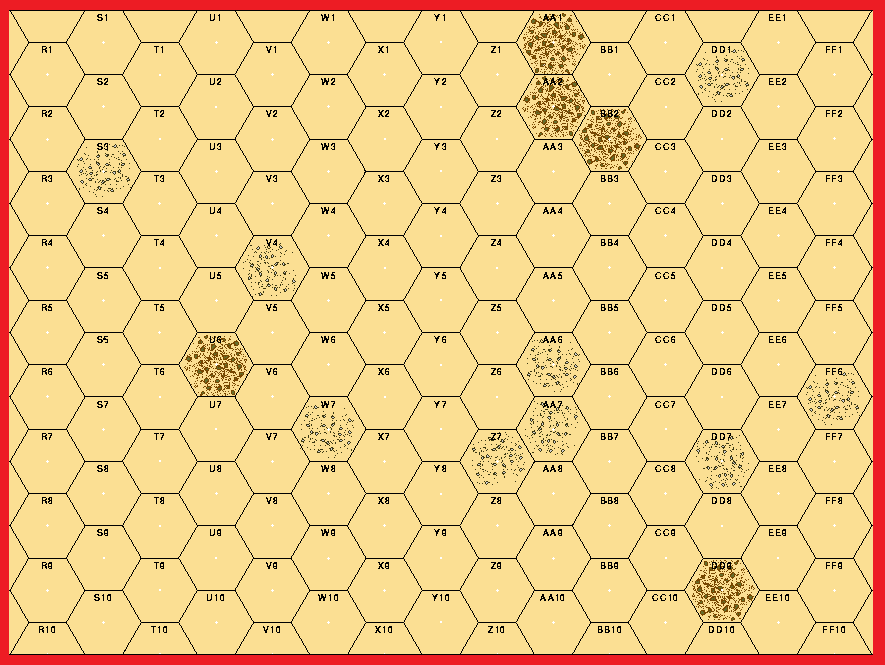 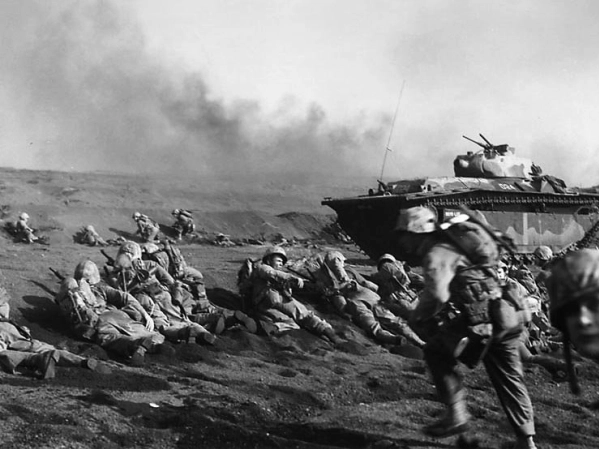