The Marine planners had committed a major error in assuming that the erratic tides of Tarawa Atoll would allow assault craft to drop troops right on the heavily defended island of Betio. Instead, the tide was exceptionally low, and the attackers found that only the limited number of Amtracs could waddle in to shore. Still, the 2/2 Marines ni the first wave had reached Red Beach Two in the island's center at 0922 and met little resistance in the water, although their CO had been killed and replaced by an observer from another division. Meanwhile, General Shibasaki's men were recovering from the extensive but largely ineffective bombardment, and quickly shifted to the invasion side of the narrow atoll.
Attacker: Japanese (2nd Special Naval Landing Force)
Defender: American (USMC) (2/2 Battalion with 2nd Tank Battalion and 1/2 "Red" Battalion, 2nd Marine Division) 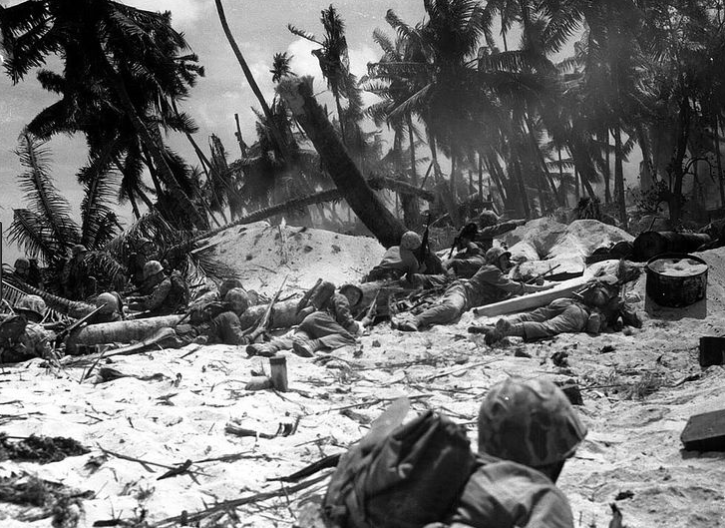