The First Parachute Brigade had one mission – capture the Arnhem bridge. As soon as the Brigade’s three battalions formed up, they set off on a long march to downtown Arnhem and the bridge. As they were doing so, German forces in and around Arnhem were, likewise, forming up and hurrying toward the landing areas to help the mixed bag of German forces already on the scene. Frost’s 2nd Battalion side-stepped most of the resisting defenders, taking its assigned Lion Route along the Rhine. But Dobie and Fitch’s 1st and 3rd Battalions were quickly tied up in running fights with units of German Major Peter Kraft’s recon battalion and varied elements of the 9th Waffen SS Division. By late afternoon, the lead British company from the 3rd Para and another Frost had detached to take the heights on his flank were both entering the outskirts of Arnhem as the same time Captain Gerhard Moeller’s 9th SS engineers were racing through the suburbs of Arnhem from the opposite direction. . .
Attacker: German (SS) (Elements of Kampfgruppe Moeller)
Defender: British (B Company, 2nd Para and A Company 3rd Para) 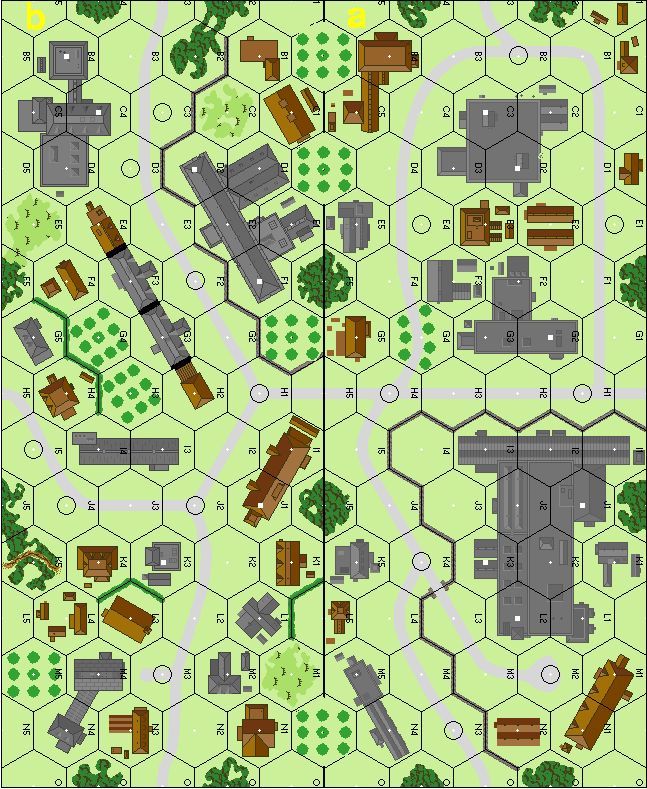