XIX Corps had pushed it’s way through the West Wall and filtered into the towns and villages beyond. The various German units retreating from the battle regrouped outside of Welbenfraus and immediately counterattacked. A mix of armored cars, light recon tanks and leftover SP guns were all thrown into the assault. Far from being beaten, the spearhead was well organized and well equipped. The Americans weren’t expecting the attack. They had thought the war would be over by Christmas.
Attacker: American (Elements of the 117th Infantry Regiment, 30th Inf. Division and Elements of Task Force One, B Regiment, 2nd Armor Division and Elements of CCB, 2nd Armor Div.)
Defender: German (Elements of the 183rd VG Div. and remnants of the 9th Panzer Div.) 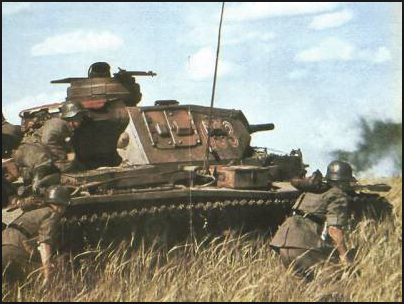