The German invasion of the Low Countries was the advent of a new form of warfare, Blitzkrieg. And Blitzkrieg utlized a number of tactical and operational innovations including the use of airborne troops, troops delived by parachute and glider. The overall plan was to lay a carpet of airlanded troops across Holland to accellerate the advance of the ground forces. The 22nd Airlanding Division was tasked with capturing the airfields around the Hague. The first wave of transports crossed into Holland early in the morning and made excellent progress against light antaircraft fire. Despite this the fierce resistance at the airfields themselves caused heavy casualties. By the time the second wave of the 22nd Airlanding Division arrived, further landings were impossible. The order was given to divert to Katwijk where they landed on the beach, roads and open fields. The Dutch had forseen this eventuality and had erected obstacles in these areas.
Attacker: German (2nd Battalion, 65th Infantry Regiment)
Defender: Dutch (29th Infantry Regiment) 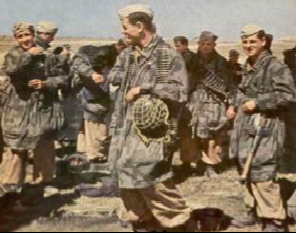