Late in August 1944, the US 45th Division was tasked with moving north of Lyon to maintain contact with the enemy. In the belief that the Germans were in full retreat, the 179th Regiment was assigned the task of capturing the town of Meximieux. The 1st Battalion moved into the town and setup a headquarters. However, unknown to the Americans, the Germans were planning a strong counterattack by a kampfgruppe from 11th Panzer. The first blow came in the afternoon of August 31 when a roadblock protecting the perimeter was overrun. By nightfall, Meximieux was nearly surrounded. By early the next morning the battle had begun in earnest. German MG fire swept down the street, mortar bombs dropped from the sky. French FFI fought alongside the Americans. By mid-day the Germans had infiltrated much of the town. However, they were paying a heavy price – several Tigers, Panthers and Pz IIIs were destroyed by guns of the 189th Field Artillery Battalion. Two tank destroyers found themselves facing 6 German tanks near the center of the town . . .
Attacker: German (Elements 11th Panzer Division)
Defender: American/Partisan (I/179th Infantry Regt, 45th Infantry Division and FFI Partisans) 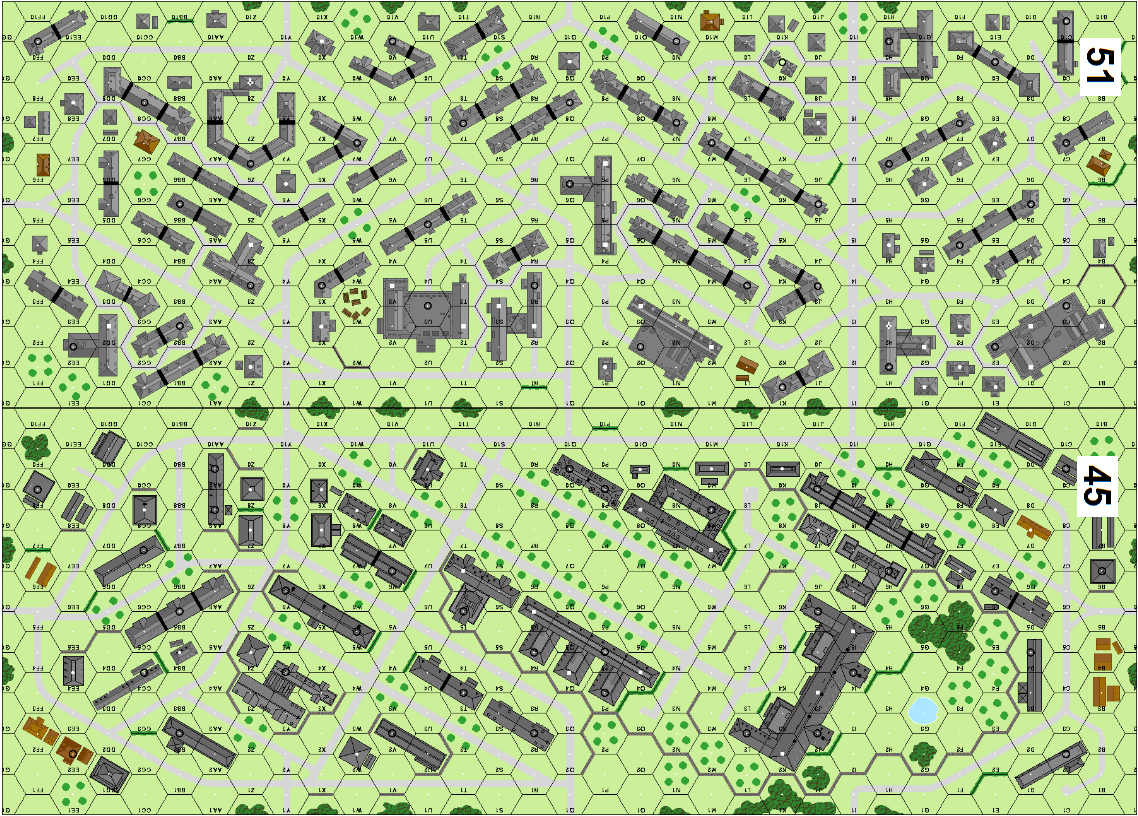