In the early years of the war, the German army utilized bicycle and motorcycle troops in the reconnaissance role. In the early morning of September 1, the reconnaissance elements of the 35th Panzer Regiment advanced on the left flank of the regiment. At 0830 the troopers advanced on the hamlet of Krolewsh and ran into fore from dismounted Polish cavalry, known as Lancers. . . . German motorcycle infantry must seek out HIP Polish units before their reinforcements can come on. The Poles gain victory points by staying hidden but they also have to prevent the Germans from leaving the board.
Attacker: German (Recon elements, II/35th Panzer Regt.)
Defender: Polish (Elements 4th Battalion, 19th Lancers) 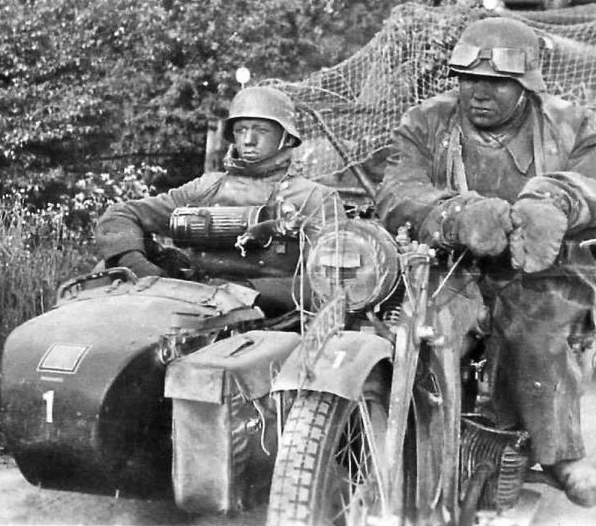