Romania joined the Axis in November 1940, despite the major misgivings among its populace. They followed Germany into Barbarossa, primarily for the purpose of regaining Bessarabia and Bukovina, which had been annexed by Russia the previous year. On July 2, 1941, the German 11th Army forced a bridgehead across the Prut River west of Stefanesti. The following day, the Romanian 1st Armored Division passed through it towards Branzini. There, the frontier divisions of the Soviet 18th Army made a stand. As the Romanian tanks attacked on 5 July, they were struck by units of the 2nd Mechanized Corps. A battle developed between a dozen Russian tanks and a platoon of Romanian R-2’s.
Attacker: Romanian (Elements 1st Armored Regiment)
Defender: Russian (Elements 18th Army and 2nd Mechanized Corps) 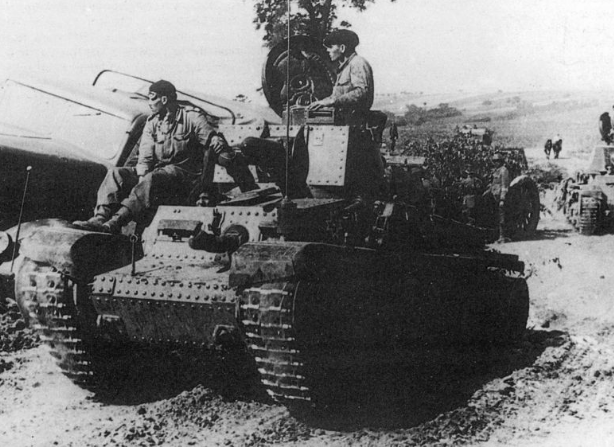