On the day of the German invasion of Russia, the main body of the Russian 30th Tank Division was located in the woods south-east of Pruzhany. Alerted by the distant sound of guns, the 30th Division's combat elements were redeployed to their pre-planned positions south of the town. Their orders were simple: stop Guderian's 18th Panzer Division. - - - - In "Barbarossa D-day", German tanks and infantry on motorcycles need to clear a small hamlet defended by infantry from the Russian 205th Motorized Division. Lacking any form of AT capability, things look dark for the Russians until six T-26 from 30th Tank Division appear on the scene.
Attacker: German (Elements of Aufklärungs-Abteilung 18 with Panzer-Regiment 18)
Defender: Russian (Elements of 205th Motorized Division and 30th Tank Division) 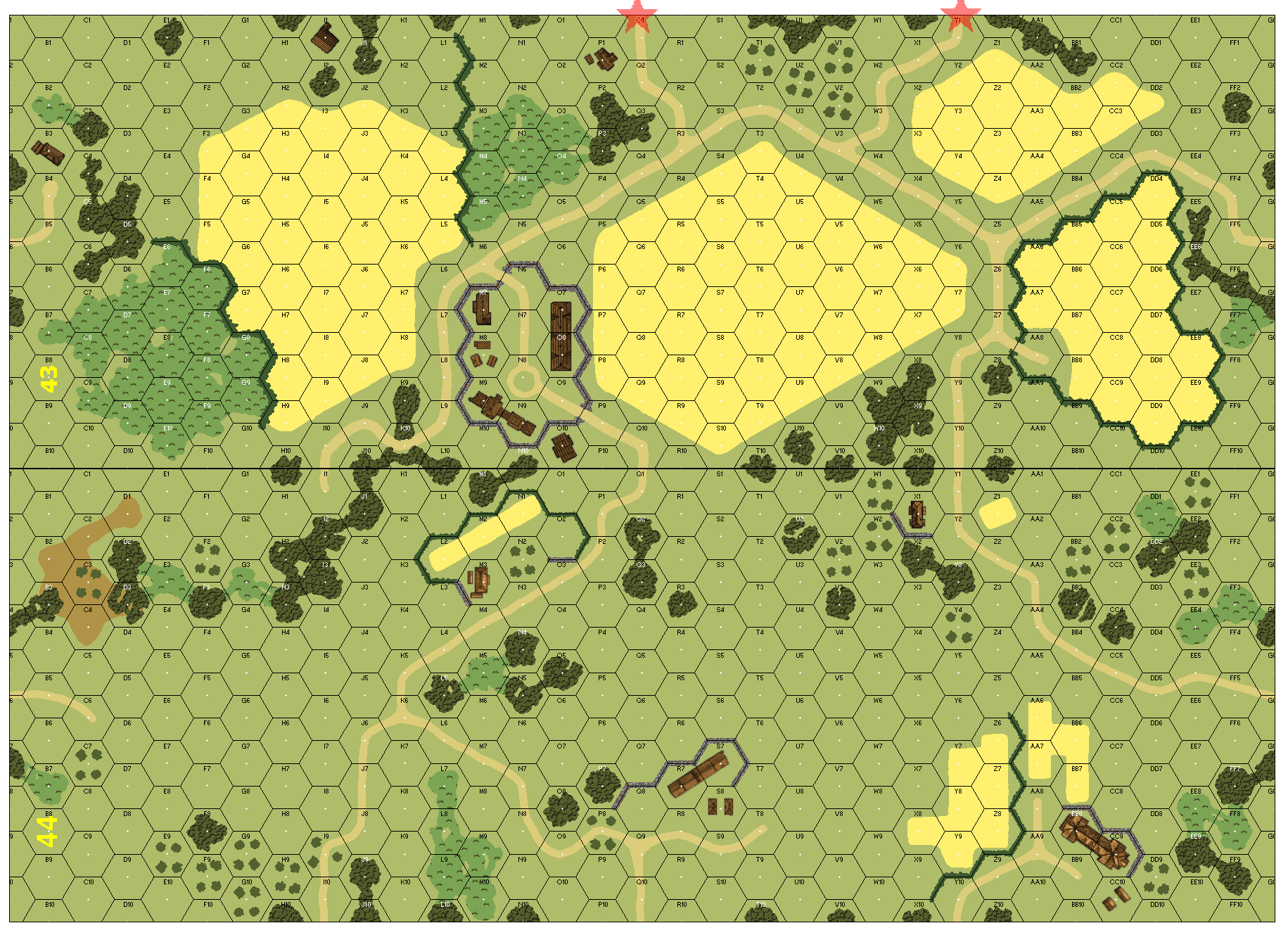 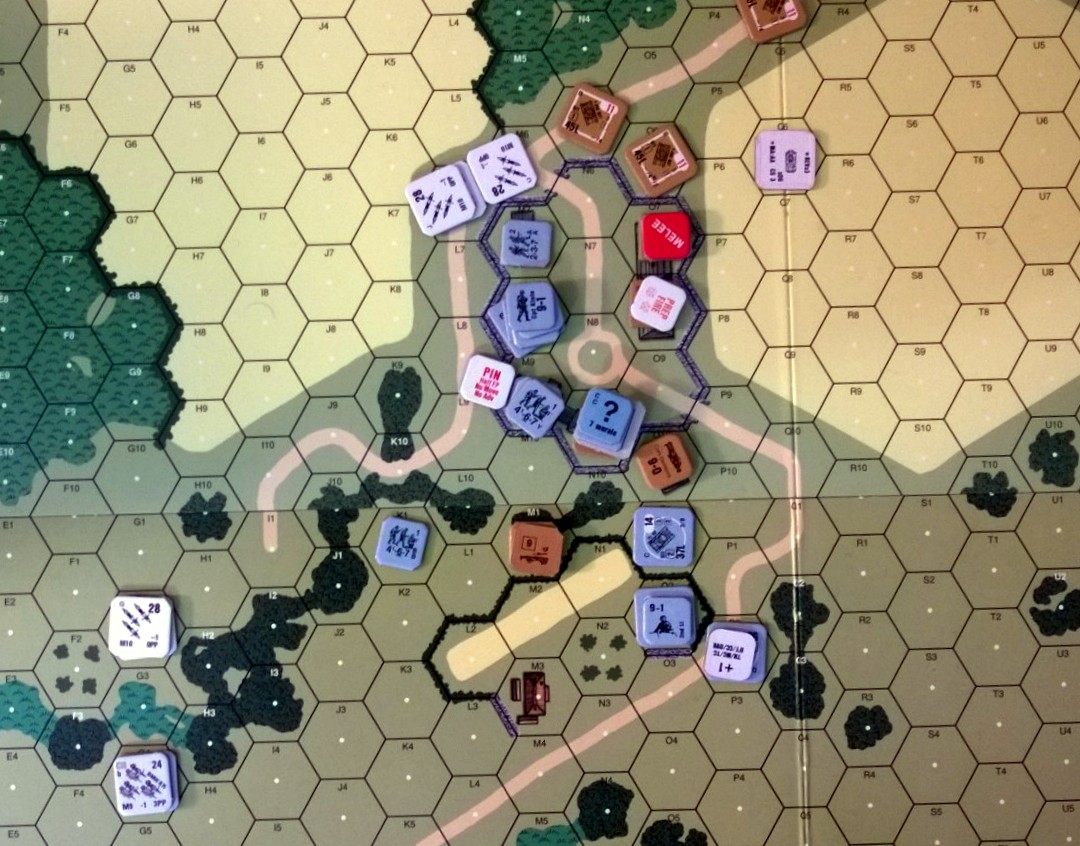