General von Schlieben was determined to stop the invasion in his sector, and to do so had to retake St. Mère Église, currently held by elements of the U.S. 82nd Airborne Division. The 1058 Regiment of the 91 Airlanding Division was committed on 6 June to retake the village, and moved south from the beachhead area. The grenadiers had to fight against scattered defenders through the hedgerows and were only able to gain Neuville, several kilometers north of St. Mère Église. They would continue the attack the following morning, and were reinforced by several artillery units, Army Sturm Battalion 7 and Panzerjaeger Battalion 709.
Attacker: German (Grenadier Regiment 1058 | Army Sturm Battalion 7 | Panzerjaeger Battalion 709)
Defender: American (505th Parachute Infantry Regiment | 82nd Airborn Division) 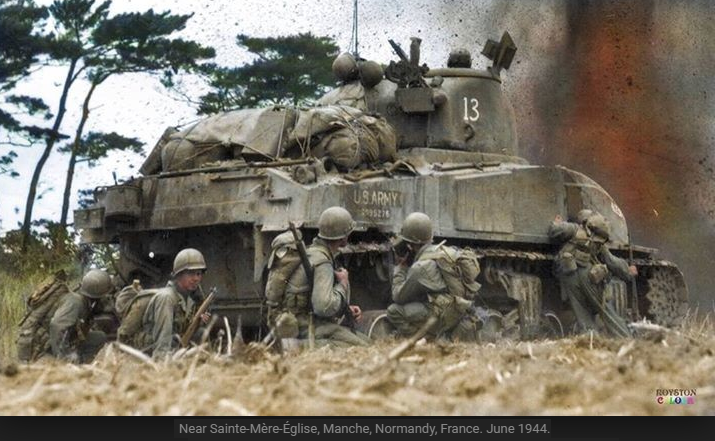