Shortly after after the fall of the Golf Hotel, a platoon of scour cars entered downtown Hyeres. They crossed through the northern portion of town and reached the western edge. There they came under fire from several German 88s and quickly turned back toward the center of town. Growing crowds gave the liberators an enthusiastic welcome and thoroughly clogged the streets. But it was the presence of the 88s that truly prevented further movement to the west. General Brosset decided to halt the advance and clear the southwest part of town. The 21st March Battalion received orders to attack and formed a column of scout cars, marines, light tanks, and tank destroyers. The plan was to rapidly skirt the western edge of town and cut off the Germans' expected path of retreat.
Attacker: Free French (1ère Division de le France Libre: 2ème and 3ème compagnies, 21ème Bataillon de Marche)
Defender: German (Grenadierregiment 918, Infantariedivision 212: Kompanie 13 and 16, FlaK-Zug 918, Bataillon 4) 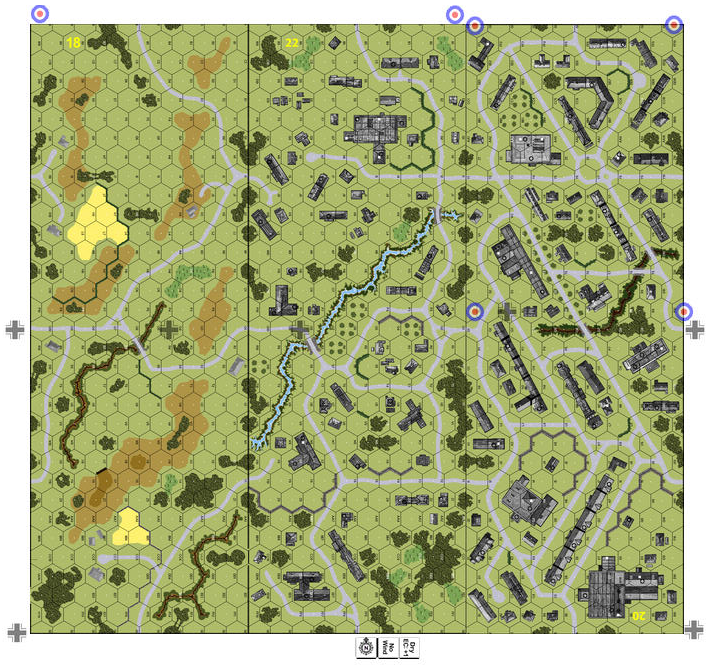