In the centre, the Fifth Division had not been idle. Monte Peloso and Tomba di Pesaro were its primary objectives, but it took most of the day to complete their capture. The original plan called for the Perths and Strathconas to attack Peloso, but this had to be revised when it became apparent that fresh infantry would be needed. The Prince Louise Dragoon Guards, the former First Division reconnaissance regiment, was selected. It was 1310 hours when the attack on Monte Peloso was finally launched. As casualties mounted, Lt-Col. Bill Darling ignored sniper and machine-gun bullets to rally the men and keep them moving forward. By the time the Plugs reached the foot of Monte Peloso, there were only 40 survivors in the two assault companies. With two hundred yards still to go to reach the crest if the hill that was crowned by a church, the Shermans roared up the hillside, knocking down houses still standing, firing their 75s and machine-guns at every little defensive position. . . .
Attacker: Canadian (Princess Louise Dragoon Guards supported by "A" Squadron, Lord Strathcoma's Horse)
Defender: German (Panzer Division 26) 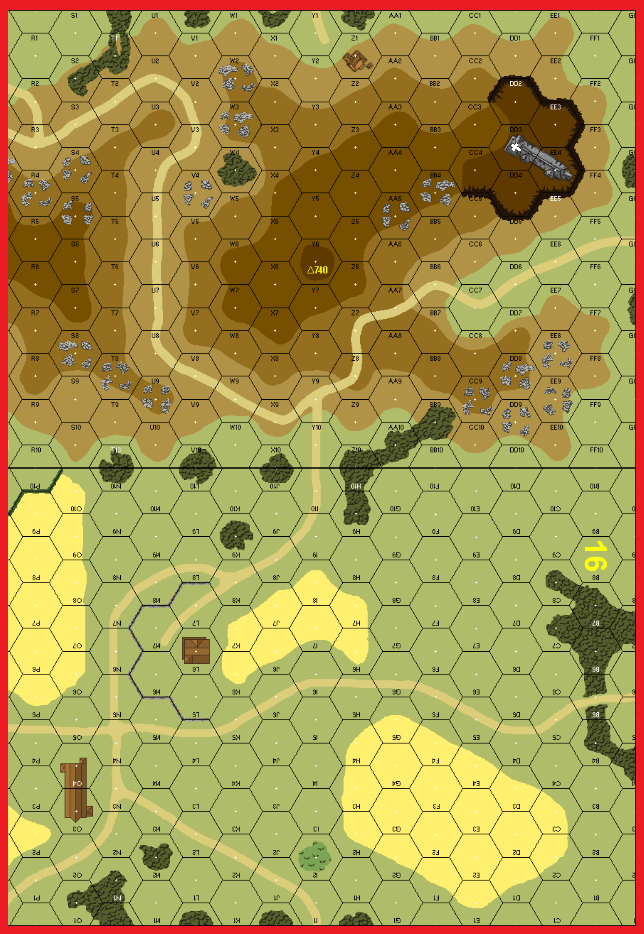 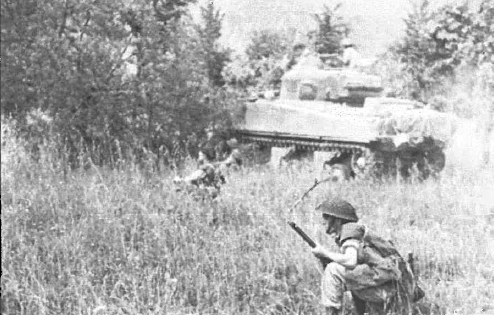