The rapid advance of the German attack into western Russia known as "Barbarossa" has brought them up to the Russian frontier defenses known as the Stalin Line. At the tip of the armoured spearhead was the Leibstandarte Adolf Hitler Motorized Regiment, having mainly been used for reconnaissance for the 48th Panzerkorps, it was now forced to find a route through a heavily forested area. The SS-Grenadiers of Leibstandarte ventured into its shadowy depth where awaited Russian in their hidden defenses...
Attacker: German (SS) (Kompanie 12, III/Battalion supported by Pioneerzug 2)
Defender: Russian (Elements of the Soviet 5th Army) 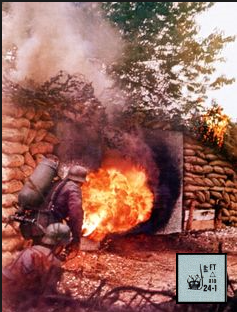