SS-Panzer-Grenadier Division 1 Leibstandarte Adolf Hitler learned that it had been transferred to Italy because the collapse of Italy from the Axis could be expected. Moving first to Innsbruck, Austria by express train, then by road over the Alps into northern Italy, it arrived in the Po River plain on 8 August 1943. Initially Leibstandarte Adolf Hitler was protecting important railway and highways in the Trient-Verona sector before moving into the Parma-Reggio area. Once in their designated area, Leibstandarte Adolf Hitler began to disarm the Italian units at their barracks. In the following month there were a few minor skirmishes; the most serious in the town of Parma, where the local Italian commander proved to be particularly energetic, wanting to test the resolve of his former Allies.
Attacker: German (SS) (Elements I/Pzr-Grndr Regt 1, Leibstandarte Adolf Hitler)
Defender: Italian (Elements Officer Training School) 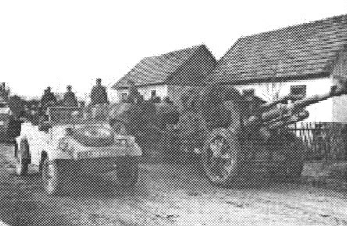