The rivers in the Ardennes formed natural barriers, and with many of the bridges destroyed by U.S. engineers, those left that could support armor assumed great importance. Hotton had one over the Ourthe River, held by the support staff of the 3rd Armored Division and a platoon of engineers. It made a tempting target.
Attacker: German (116th Panzer Division)
Defender: American (3rd Armored Division and 51st Engineer Combat Battalion) 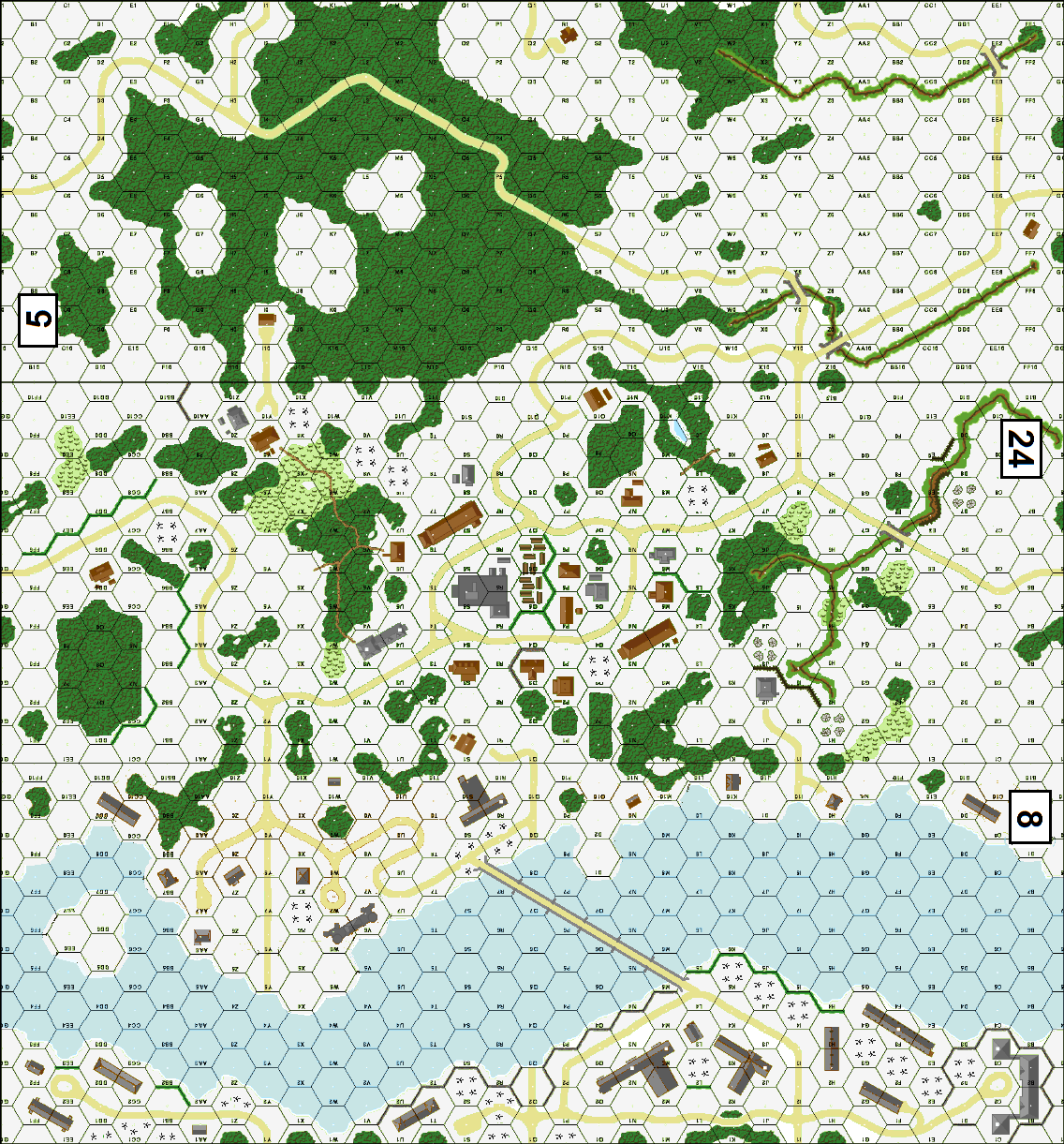