By the summer of ’44, any hope the Imperial Japanese Army had of retaining New Guinea was fading fast. The navy had been unable to continue supply runs to Lt. General Adachi’s 18th Army. Therefore, U.S. supply dumps became frequent objectives of Japanese night raids. U.S. fatigues were among the booty of these procurement actions, and they were welcomed by the Japanese troops over their own rotting and tattered uniforms. Never short on creativity, Adachi encouraged his commanders to attack during daylight in full view of the GI’s of the XI U.S. Corps. The confusion generated by his dapper rikusenti would give them a substantial advantage in close quarter fighting. Near the Driniumor River on July 21st, although Troop C could hear the Japanese moving about and assembling their artillery pieces, it was impossible for the American artillery observers to discern between patrols and their own pickets. At 1900 hours, the Japanese opened fire with the single gun they were able to manhandle into point blank range. . .
Attacker: Japanese (Elements of 79th Infantry Regiment)
Defender: American (Troop C, 12th Cavalry Regimental Combat Team) 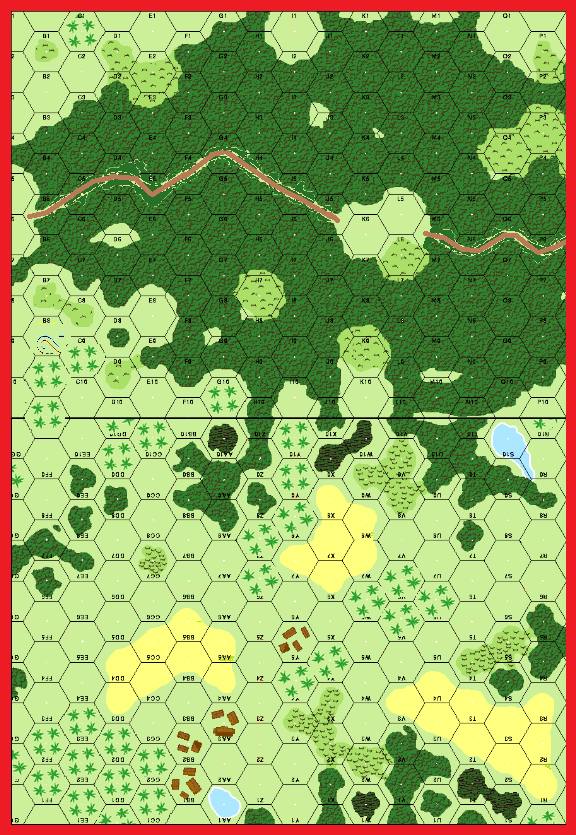