In the northern region of Pomerania, SS-Untersturmfuhrer Fritz Kaurauf and his ad hoc force drove towards the cross-roads at Klein-Silber, his mission to cut off the advance of Russian forces preparing for another thrust deeper into Germany. Entering the outskirts of Zeigenhagen, the advance force of assault guns and infantry was halted by stiff resistance from Russian troops, who spread AT mines on the narrow streets and were supported by a cleverly-emplaced AT gun. Kaurauf brought up the Tigers to deal with the situation. . .
Attacker: German (SS) (Assault Gun Abteilung 11 (Nordland); attached Fallschirmjaeger; Schwere SS-Panzerabteilung 503)
Defender: Russian (2nd Guards Tank Army) 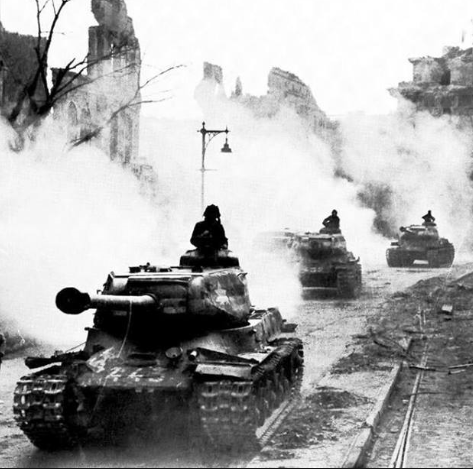