"The 3 Commando Bridge" - - The invasion of Sicily began with an airborne assault of great magnitude. One objective of the operation was to seize control of the bridges on the road between Syracuse and Catania, the principal communication route on the island. The paratroopers of the 1st Airborne Division were to seize Primasole Bridge, and further south, No.3 Commando, under the command of Colonel DumfordSlater were to capture the bridge at Malati, on which the British XIII Corps was to converge. On the night of 13th-14th July, the elements of No.3 Commando landed in the bay and after a few skirmishes with the enemy, achieved their objective. They seized the bridge without difficulty from the surprisingly small Italian garrison at 0300. The Commandos removed the explosive charges from the bridge and then settled, feverishly awaiting lead elements of 50th Infantry Division coming to their relief. At dawn, the reaction came quickly. Green Devils of the 3rd Fallschirmjager Regiment struck fiercely to recapture the bridge, supported by consistent and accurate mortar fire. A lone Tiger also appeared to reduce the defensive positions of the Commandos.
Attacker: German (Elements III/3rd Fallschirmjäger Regiment and Schwere Panzer Abteilung 504)
Defender: British (Elements of No.3 Commando and 5th East Yorkshire Regt., 50th Infantry Division) 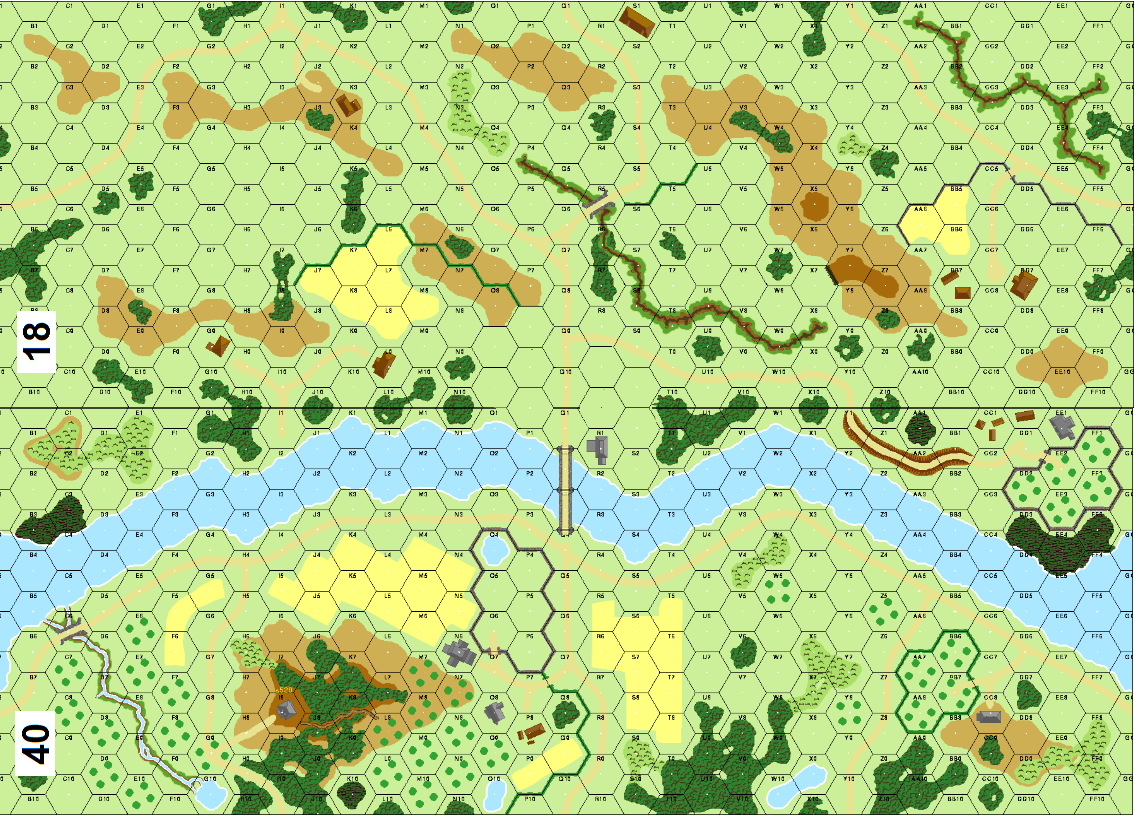 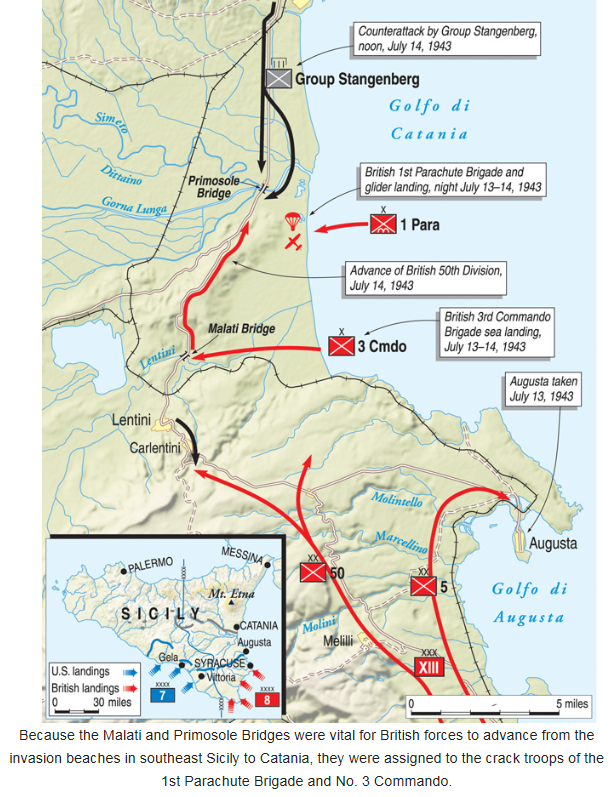 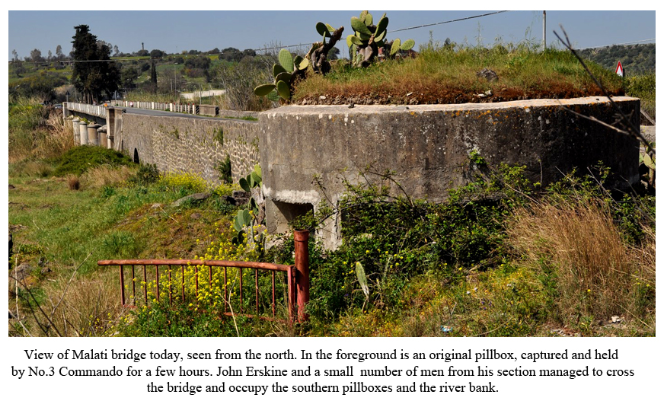