"The Trap at Marche" - - At dawn of 10th May, the Germans attacked the Benelux, causing the French to trigger their ad-vance to a line Dyle-Breda. In this context, the mission of the 1st and 4th Light Cavalry divisions was to enter Belgium and cover the advance of the infantry divisions to the Belgian Meuse, south of Namur. The French advanced without difficulty, despite the total lack of co-operation with the Belgian Chasseurs Ardennais, whose orders were to perform demolitions before re-turning to the rest of their army. The 4th RAM reconnoitred late in the afternoon, and the Regiment installed itself in Marche. At dawn of the 11th, the French are confident, but unaware that they are facing the 7th Panzer Division, far superior in mobility and firepower to their own 4th DLC.
Attacker: German (Elements 37th Recon Battalion & 25th Panzer Regiment)
Defender: French (Elements 4th Armoured Car Regiment & 4th Anti-Tank Battery) 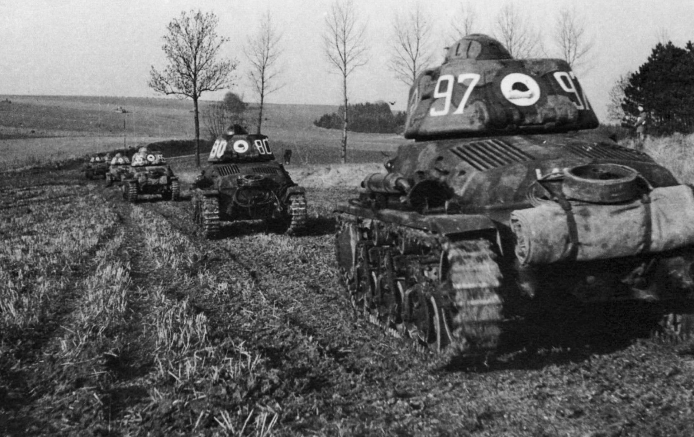