Second scenario of a three-scenario mini-campaign covering the landing of Darby's Rangers on Sicily. Some of the American forces which survived the first scenario (Gela 1--Force X Arrives!) are used as reinforcements in this scenario. Survivors from this and the prior scenario are used in the final scenario. . . . . As Company D was making its way through the mines on 68 Green, Company F of the 4th Rangers was landing on Beach 68 Red. Delayed a little by hostile seas, Company F didn't land until 4:00 a.m. and when they did they faced the Italian Sixth Army, XVI Corps held up in Pillboxes.
Attacker: American (Company D, 4th Ranger Battalion)
Defender: Italian (XVI Corps, Sixth Army) 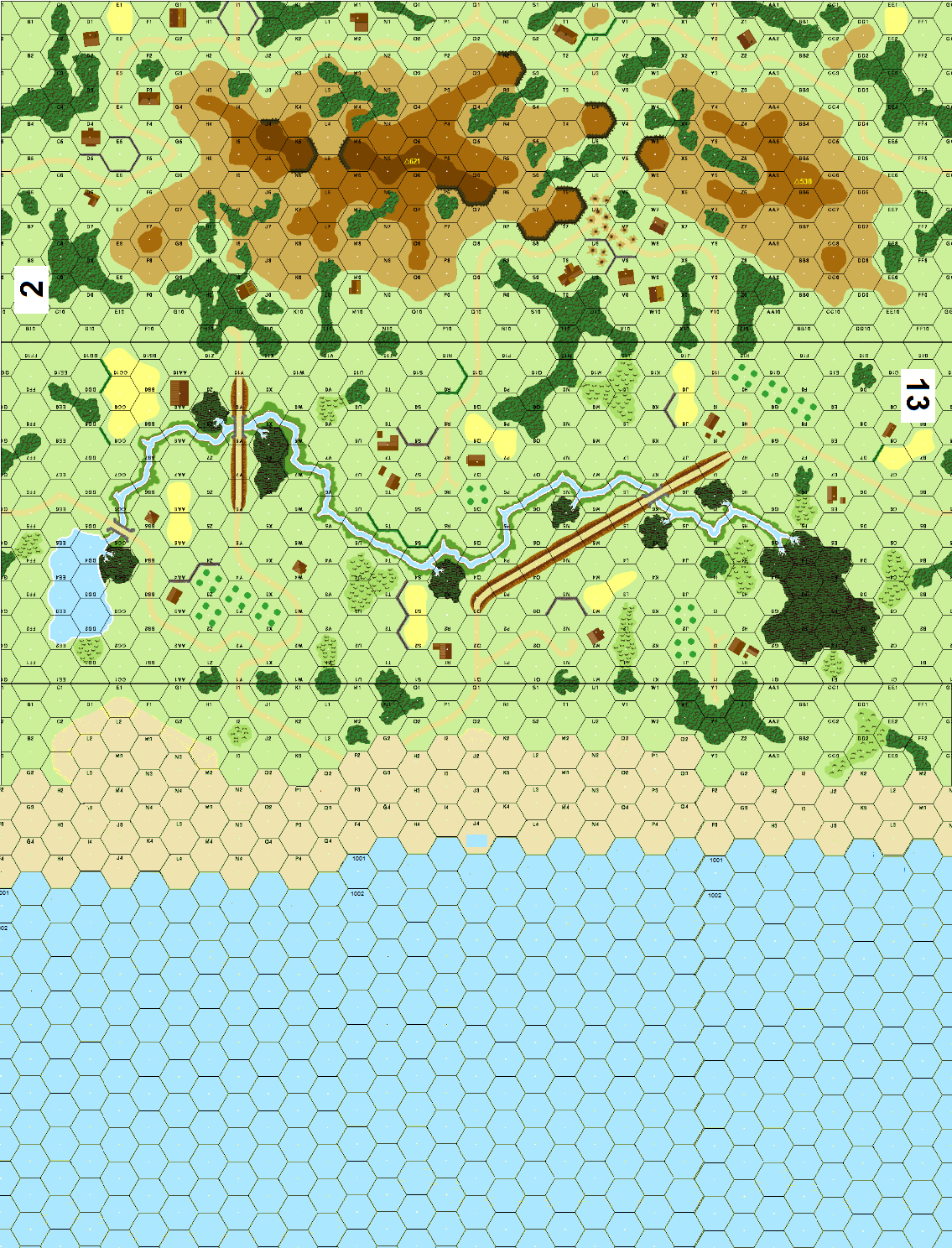