Kakazu Ridge comprised the extreme west of General Ushijuma’s defense line in the southern part of Okinawa. Counting on the effect of surprise to take the position, Company A and C of the 383rd US Infantry Regiment attacked at dawn against the main hill, and Company I and L against the western end of Kakazu. Almost without any fighting A and C companies soon occupied their objective, while the others were halfway to theirs. A Japanese observer suddenly noticed the Americans and called down an artillery barrage which was followed by a charge by Japanese infantry.
Attacker: American (A, C and L Companies, 383rd Regiment, 96th Infantry Division)
Defender: Japanese (13th Independent Battalion) 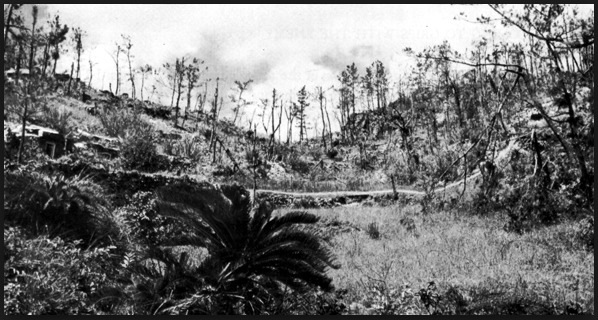